We have already seen a number of different photos of the new Samsung Galaxy S III Android smartphone, most of them have been in dummy boxes, which Samsung are using to stop the final design being leaked.

Now we have another photo, and if this one is real it confirms the rumored 4.8 inch display that we have heard previously that the new Samsung Galaxy S III may feature. 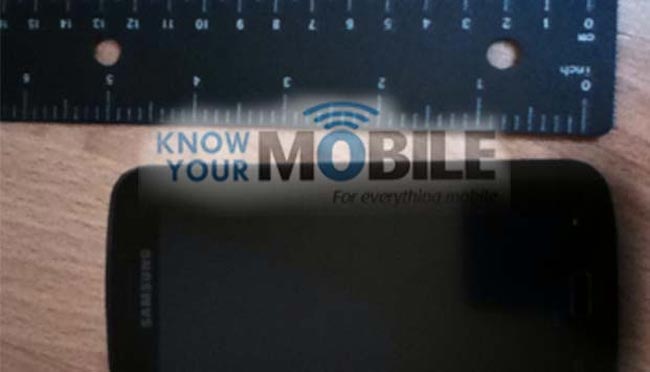 The photo above was obtained by the guys over at Know Your Mobile, and as you can see it looks like it will feature the rumored 4.8 inch display, of course we will have to wait until the 3rd of May to get some sort of confirmation from Samsung on this.