Last week we heard that Samsung would be launching a range of new devices at this years IFA, one of those was the Samsung Galaxy Note, although we didn’t have any information about this new Galaxy device from Samsung.

Samsung has now officially announced the Samsung Galaxy Note, which is designed to replace your smartphone and tablet, and it comes with a 5.3 inch Super AMOLED display with a resolution of 1280 x 800 pixels. 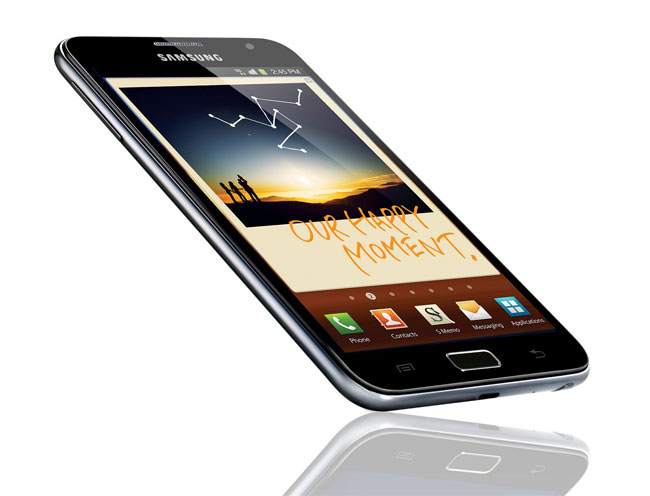 The Samsung Galaxy note is powered by a dual core 1.4Ghz processor and it also comes with 1GB of RAM and Android Gingerbread 2.3, and there is also an 8 megapixel camera with an LED flash, plus a front facing 2 megapixel camera, and it will be available in both LTE and HSPA+ versions.