We have been hearing rumors that Samsung would launch the second generation Galaxy Tab for some time, and now it looks like the new Galaxy Tab will be unveiled next month at IFA in Berlin and it will be called the Samsung Galaxy Tab 7.7.

On top of that, Samsung will also be announcing the Samsung Galaxy note and the Samsung Wave 3 smartphone, which will run Samsung’s own Bada OS. 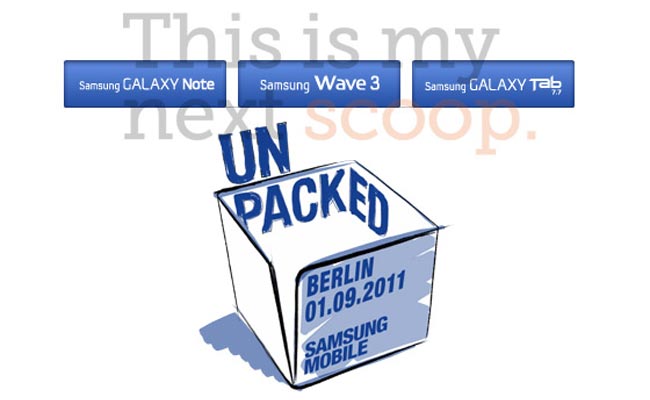 The news was discovered by the guys over at This Is My Next, who found references to the three new devices inside a Samsung Android App, and it looks like the devices will be unveiled on the 1st of September.

From the information it looks like the new Samsung Galaxy Tab 7.7 will feature a 7.7 inch display, there are no details on the hardware on the Samsung Wave 3, and the Samsung Galaxy Note is a bit of a mystery, although from the name we are wondering if Samsung intends to launch some sort of Book reader to take on the Amazon Kindle, of course it could be another Android tablet.