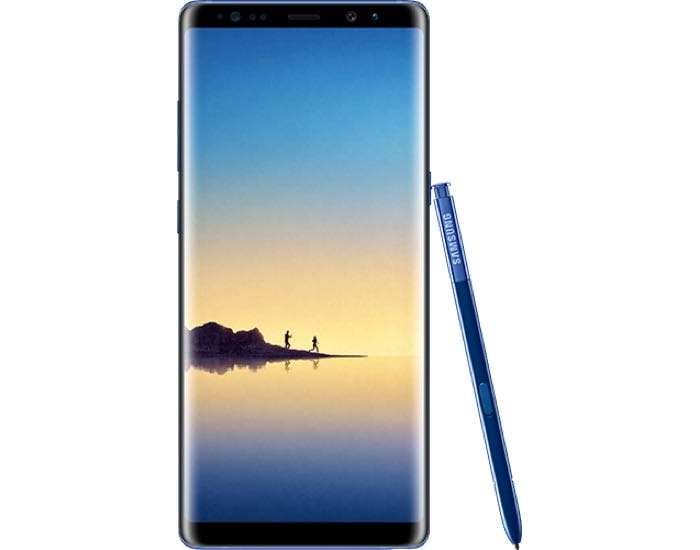 The new Samsung Galaxy Note 8 will be made official next week. Samsung are holding a press event for the handset on the 23rd of August 2017. We have already seen some press renders of the handset and how we have another one.

The latest press render of the Galaxy Note 8 was posted on Twitter by Evan Blass. The picture shows a new blue color for the handset. According to Evan Blass, this new color will launch as Deep Sea Blue.

The Samsung Galaxy Note 8 will come with a 6.3 inch display that will feature a Quad HD+ resolution of 2960 x 1440 pixels. The device will be powered by different processors in different countries. Some countries will get the handset with a Snapdragon 835, this includes the US. Other will come with Samsung’s own Exynos 8995 mobile processor.

Samsung will introduce a new dual camera with their Note 8, both sensors will have 12 megapixels. One camera will have a wide angle lens, the other a telephoto lens with 2x optical zoom. Both cameras will have OIS. The front camera on the Note 8 will feature 8 megapixels for Selfies and video chat.

Other specifications on Samsung’s Galaxy Note 8 will include 6GB of RAM and 64GB of storage as standard. There will be two other storage options with 128GB and 256GB. Samsung will make their new phablet official next Wednesday, some rumors have suggested that it could hit retail on the 24th of August.