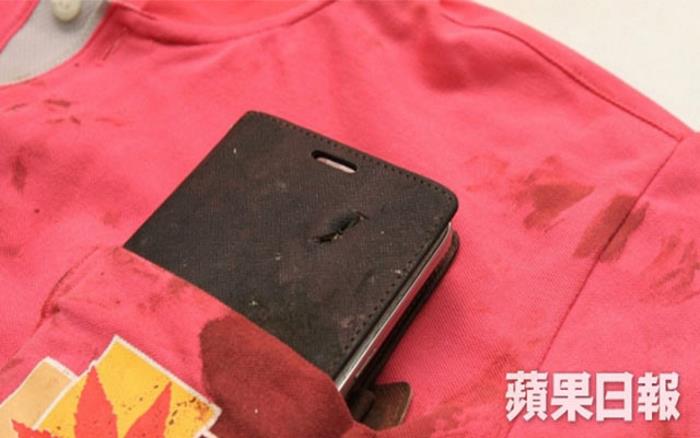 We’ve seen smartphones saving lives of people across the globe. A few months back, Nokia Lumia 520 saved the life of an on-duty cop in Brazil.

And today, as Apple Daily reports, a man in China was saved by the gigantic Samsung Galaxy Mega 6.3 from a bullet which would have passed through his chest if the handset was not in his shirt pocket.

It was all meant to be a joke which turned into a far more serious event. A man dropped his wallet on the street, and a second person picked it up, making a joke to use its contents to grab some free stuff. Well, as a result, the owner of the wallet didn’t react in a very positive way and pointed a gun at the person.

The second person pulled out a sickle, and tried to attack the gunman when he fired. The bullet passed this his arm, aiming for his chest, and there was our hero of the day — the Samsung Galaxy Mega 6.3 — which took the bullet. The good thing is that there was no serious damage done, except for the demise of the gigantic handset. The injured person will make full recovery in the coming days.