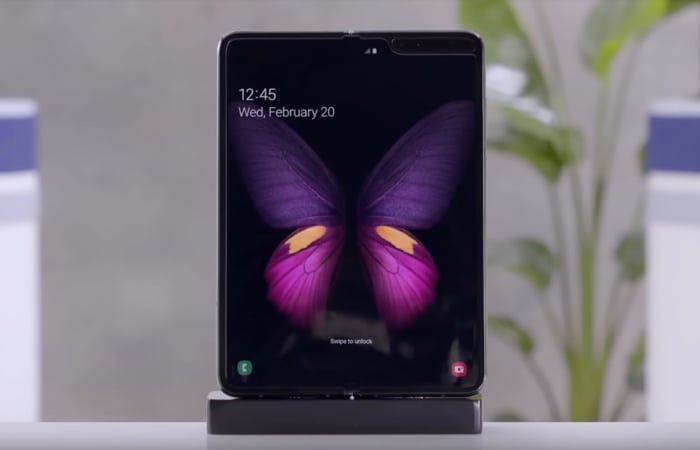 The Samsung Galaxy Fold is Samsung’s first folding smartphone, the handset was made official at the Galaxy S10 press event last week.

Samsung has now revealed a new video for their Galaxy Fold smartphone and it gives is a good look at the design of this new foldable device and how the handset works.

As a reminder the handset comes with a 7.3 inch display that folds in half, this display has a QXGA+ resolution, there is also a secondary display that measures 4.6 inches and has a HD+ resolution.