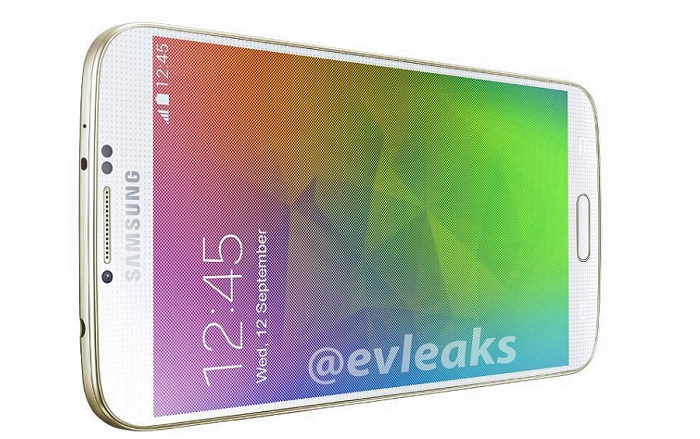 Look what we have here, another leak related to the purported Samsung Galaxy F. Not too long ago, Samsung released the LTE-A version of the Galaxy S5 with impressive specifications, especially for South Korea.

Many believed it to be the Samsung Galaxy F, but it seems it’s not. @evleaks has posted a press render of the alleged Samsung Galaxy F in gold color, along with a word that it’s not the LTE-A version which was released in Korea a few days back.

So, we’re back to where it all started. Samsung did announce earlier that LTE-A version will not make it to international markets, which came as a disappointing news. But, it seems that we may see a device with similar specifications launch in global markets as Galaxy F, but with a metallic chassis.

Samsung Galaxy F is also said to come with a QHD display with a 2560 x 1440 pixels resolution, as well as a quad-core Snapdragon 805 chipset under the hood with 3GB of RAM. As far as the storage is concerned, we may be looking at 32GB of internal memory with a microSD card slot for expansion.

On the rear, there will be a similar 16MP camera, as well as a 2MP front facing camera. The device is expected to ship with Android 4.4.2 KitKat as its operating system.

We’ll update you if we get any news about the alleged Samsung Galaxy F.