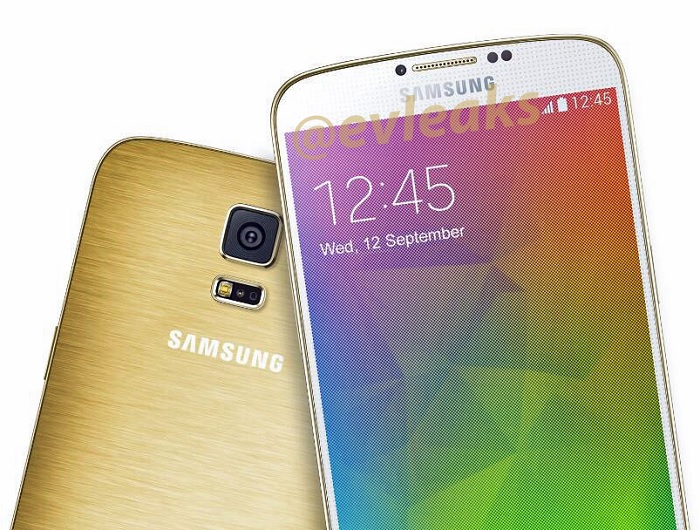 Not too long ago, Samsung Galaxy F was spotted alongside the Galaxy S5, showing both handsets, showing the metallic look of the handset.

Now, @evleaks has shared a press render of the alleged Samsung Galaxy F in gold color option, showing the front and back of the device.

The alleged Samsung Galaxy F is said to be a premium version of the Galaxy S5, with a QHD display and a metallic form factor. The purported device is said to come with a 5.1-inch display sporting a resolution of 2560 x 1440 pixels, and is expected to powered by a Snapdragon 805 clocked at 2.5GHz with 3GB of RAM.

There’s a 32GB internal storage as well as a MicroSD card slot which supports up to 128GB. On the rear, it’s rumored to come with a 16MP camera for photos and videos, as well as a 2MP front-facing camera.

On the software side, it should come with Android 4.4.2 kitKat as its operating system. Most of the specifications are similar to the Samsung Galaxy S5, with the major difference being the display and the metallic chassis. Now it remains to be seen if it’s really made of aluminium body, or if it’s just something similar to the LG G3.