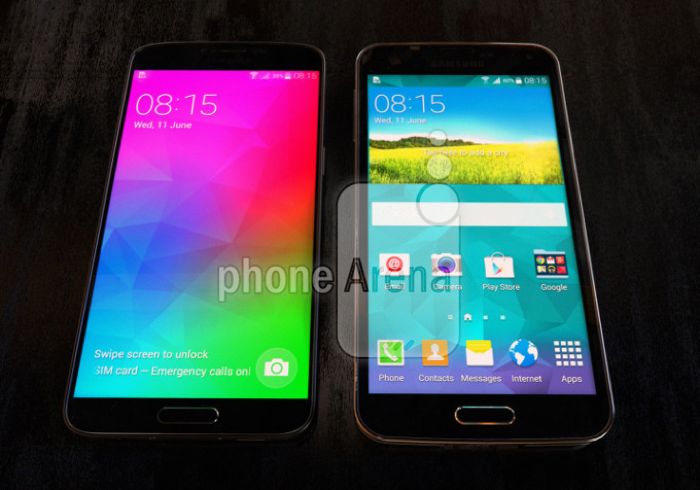 Now we have some new photos of the Galaxy F, and this time the device is photographed next to the Samsung Galaxy S5. The new Galaxy F is a premium version of the S5 with higher specifications and a metal casing.

What we know so far is that the Samsung Galaxy F will get an updated display over the S5, and it is said to feature a 5.1 inch QHD display with a resolution of 2560 x 1440 pixels.

The handset will also come with a faster processor, in the form of a quad core Qualcomm Snapdragon 805 processor, no details on the exact clock speed as yet, although it is expected to be 2.5GHz. 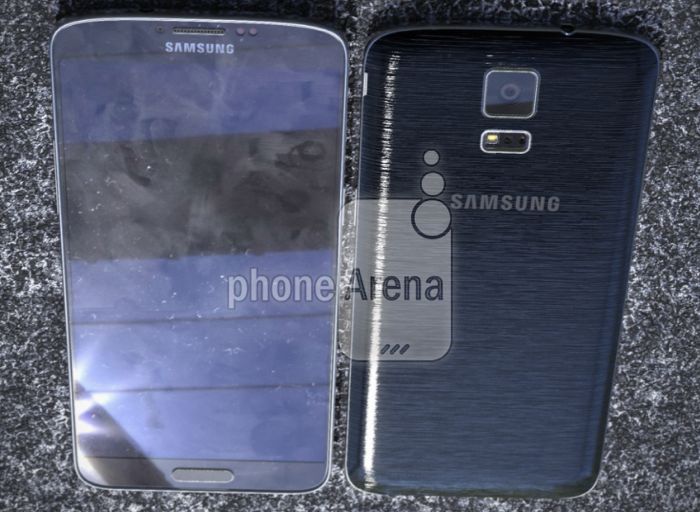 The Galaxy F is expected to feature the same cameras as the S5, which will include a 2.1 megapixel front facing camera and a 16 megapixel rear camera.

The device is also expected to come with Android 4.4 Kit Kat, as yet we are not sure when it will launch. Samsung are holding a press event today for the Samsung Galaxy Tab S, you never know the device may appear at the event.