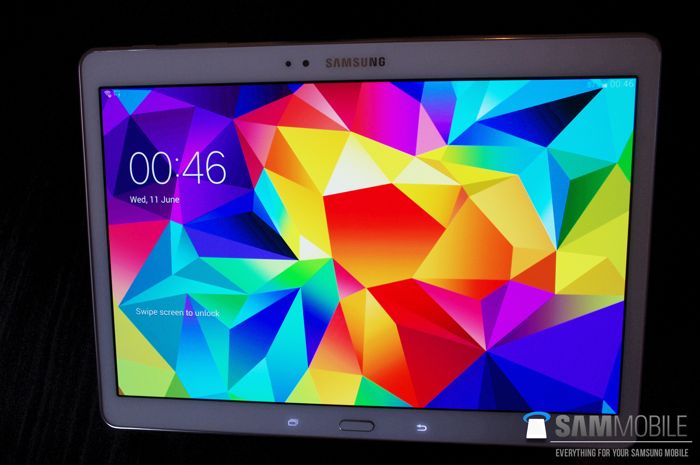 Not long now until Samsung takes the wraps of their new high end Android tablet, the Samsung Galaxy Tab S. The tablet will be made official at a press event tomorrow and it is expected to go on sale in the US this Friday the 13th of July.

We have already showed you some press shots of the new Galaxy Tab S tablet, and now we have some actual photos of the device, along with some photos of the new accessories that Samsung will launch with the tablet. 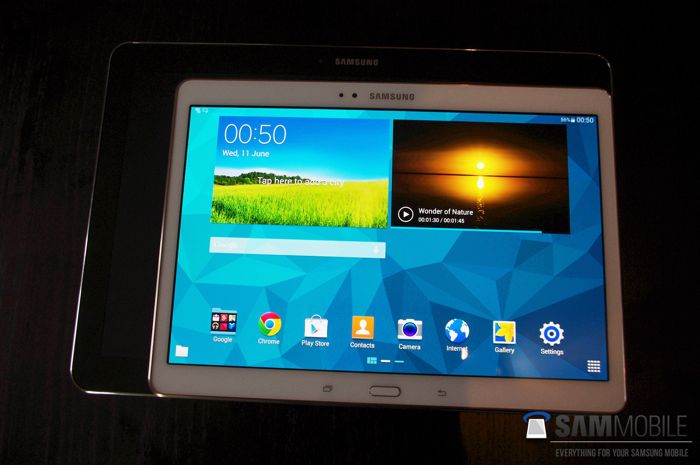 The guys over at Sammobile have managed to get their hands on some photos of the tablet, along with some of the flip covers that will be available for the Samsung Galaxy Tab S. 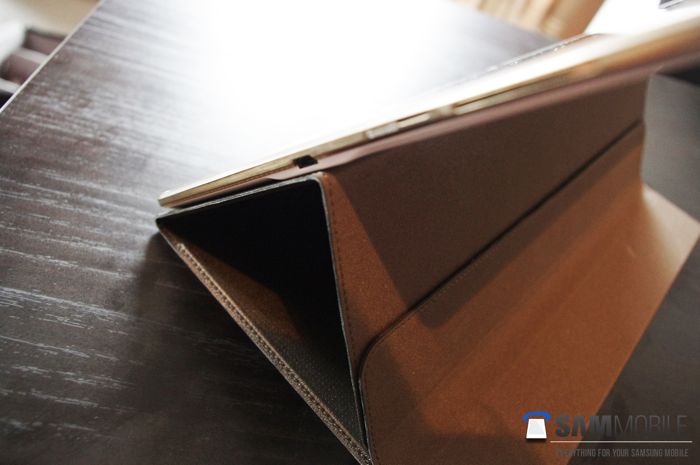 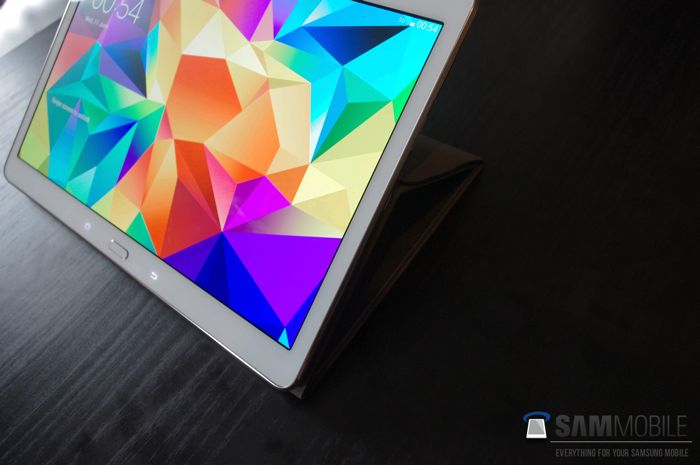 The displays on the Galaxy Tab S are Super AMOLED displays and both come with a WQXGA resolution of 2560 x 1600 pixels, and processing is provide by an 8 core Samsung Exynos processor. 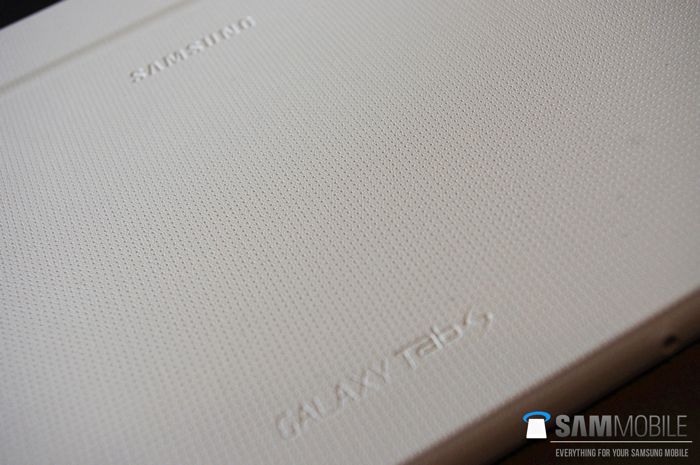 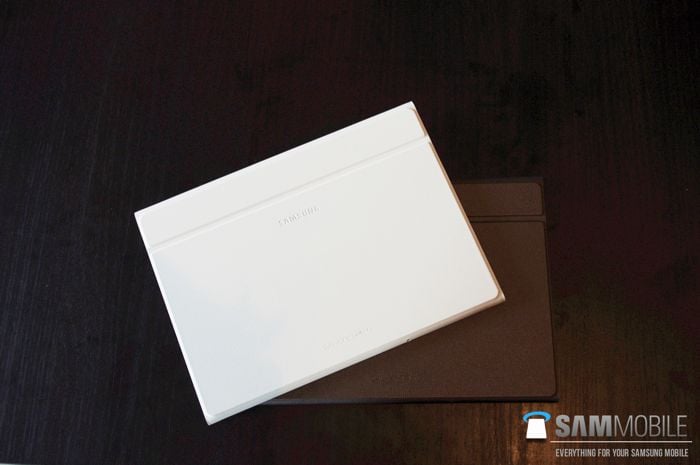 These new Samsung Galaxy Tab S tablets also come with 3GB of RAM, and are expected to feature 32GB of storage plus a microSD card slot for expansion.

Samsung will make these new Samsung Galaxy Tab S tablets official tomorrow, from the specifications we have heard so far, they certainly sound impressive, and depending on how much they retail for, they could be a very popular range of tablets for Samsung.