According to a new report from Russian shores, Samsung is working on another new handset dubbed as the Samsung Galaxy Core 2, and will see the light of the day in May.

The news surfaced from Hi-tech.mail.ru, who have a decent track record, and they also posted some press renders of the alleged device as well. 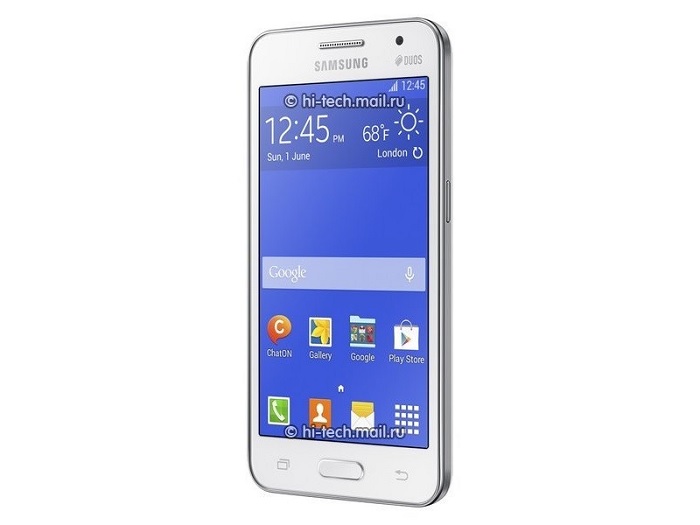 The folks at Hi-tech.mail also leaked the specifications of the Samsung Galaxy Core 2, along with its expected price tag. As per their report, the alleged Samsung Galaxy Core 2 will come with a 4.5-inch display sporting a resolution of 800 x 480 pixels, and will be powered by a 1.2GHz quad-core processor with 512MB of RAM and 4GB internal storage with a microSD card slot.

Other features include 5MP camera for photos and videos, 0.3MP front-facing camera, a 2,000 mAh battery, Dual-SIM support, and should come with Android 4.4 KitKat as its operating system.

As far as the pricing is concerned, the alleged handset should cost 9,990 rubles (almost $277), and should hit retail in Russia on May 20th. There’s no word about the global launch of the device.