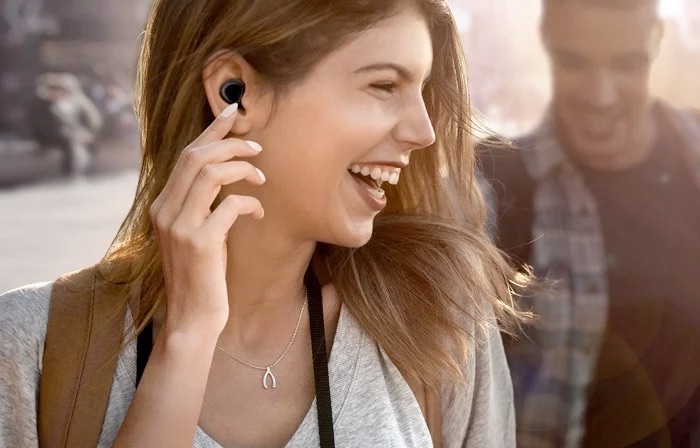 We recently heard that the new Galaxy Buds will come with a larger battery, they will feature an 85 mAh battery as opposed to a 58 mAh battery in the current version. There had been rumors that they may come with active noise cancellation like Apple’s AirPods Pro, although a recent rumor has suggested that Samsung has not included this feature.

It looks like the new Samsung Galaxy Buds Plus will be available in a choice of three colors, these can be seen in the leaked press render below.

The three colors will be light blue, black and white, we will have more detaails on these new Galaxy Buds headphones when they get official at Samsung’s press event next month.