Samsung Galaxy Alpha has been leaked on countless number of times in the past few weeks. The handset is said to come with an improved design with a metallic frame.

Recently, the folks at Tecmundo leaked an image of the alleged Samsung Galaxy Alpha, which reveals the complete set of specifications the handset is expected to bring at the table.

As per the leaked image, the handset is said to come with a 4.7-inch display sporting a resolution of 1280 x 720 pixels, and should come with an octa-core Exynos processor that’s made by Samsung itself. There’s a 12MP camera of the back of the device for photos and videos, as well as a 2.1MP front-facing camera.

The alleged handset will come with 2GB of RAM, 32GB of internal storage with a microSD card, Bluetooth 4.0, a 1,860 mAh battery which comes with a “TBD” tag so it’s not confirmed, a fingerprint sensor as a security measure and runs Android 4.4.2 KitKat as its operating system out of the box. As far as the pricing is concerned, the alleged device should come with a R$2,399 price tag  in Brazil — almost $1048 which is quite expensive. As per their report, the handset is expected to launch in the second half of September or early October. 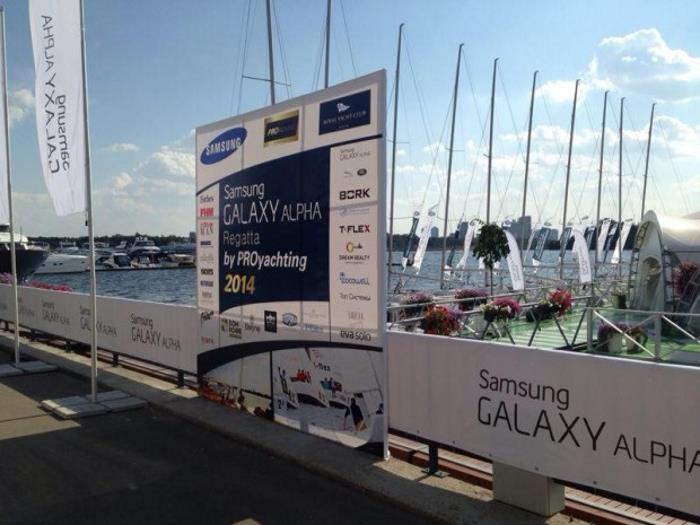 It’s not just these leaked images, the folks at SamMobile also posted some images of the launch event of the alleged device in Russia, hinting that it will hit international markets as well. Rumors suggest Samsung will reveal the Samsung Galaxy Alpha next week, but it seems the company showed off the device ahead of its launch in Russia.

We’ll update you as soon as Samsung officially releases the handset.