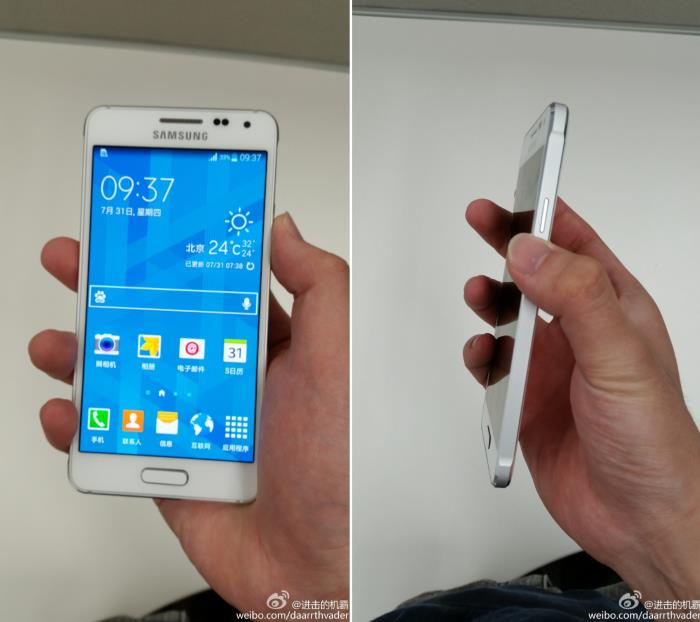 Samsung Galaxy Alpha has been making rounds of appearances in the rumor mill from the past few days. We’ve seen the handset in all it’s glory, and is expected to come with a metallic design.

Recently, the alleged Samsung Galaxy Alpha with model number SM-G850F stopped by the FCC, which is usually one of the last stops before the devices hits retail.

As per the FCC listing, the Samsung Galaxy Alpha measures 133 x 67mm, making it smaller than the Samsung Galaxy S5 — we’ve heard that the alleged Galaxy Alpha will come with a 4.8-inch display. It further mentions the device was tested for Bluetooth, NFC, WiFi, and LTE bands 2 and 6 suggesting the current version tested may not be for US carriers.

Based on previous rumors, the purported device will rock a 720p resolution, with the processing power coming from a Exynos 5433 processor. There’s said to be 2GB of RAM, 32GB internal storage, a 12MP camera rear camera for photos and videos, a 2.1MP front-facing camera, and should with Android 4.4.2 KitKat as its operating system. The device also popped up on a retailer in Europe, which listed its price to be around 550 Euros.

Samsung is rumored to announce the handset on August 13th, so we’ll just keep an eye on the news and update you as soon as the device is officially released.