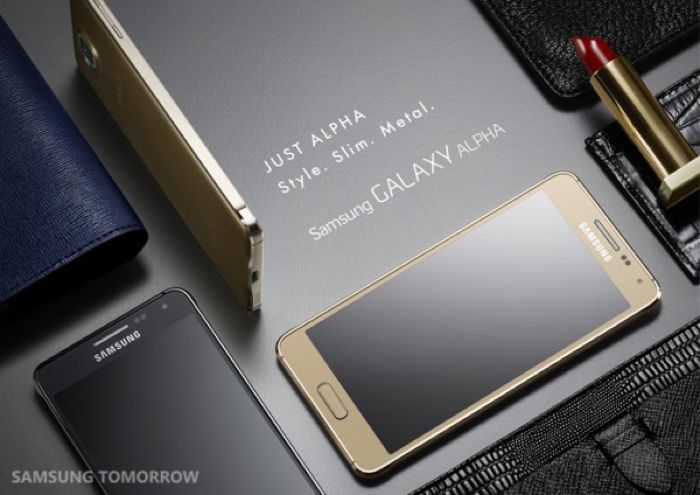 Samsung just announced their latest smartphone, the Samsung Galaxy Alpha, when the handset was made official, there were no details on pricing.

Now UK retailer Clove has put the Samsung Galaxy Alpha up for pre-order, and the handset will retail for £499.99 in the UK including taxes, this is for the SIM free version of the handset that can be used without a contract.

As a reminder the handset comes with a 4.7 inch HD Super AMOLED display with a resolution of 1280 x 720 pixels, processing comes with the form of an 8 core processor which includes a quad core 1.3GHz and quad core 1.8GHz processors.

The Galaxy Alpha also comes with 4G LTE, 2GB of RAM and 32GB of built in storage, there is no microSD card slot, and it features a 1860 mAh battery and comes with front and rear facing cameras.

On the front of the handset we have a 2.1 megapixel camera for selfies and video chat, on the back there is a 12 megapixel rear camera for photos and video.

The Samsung Galaxy Alpha also comes with Android 4.4.4 KitKat,the device will launch in the UK in September, and it is now available to pre-order, you can find out more information over at Clove at the link below.