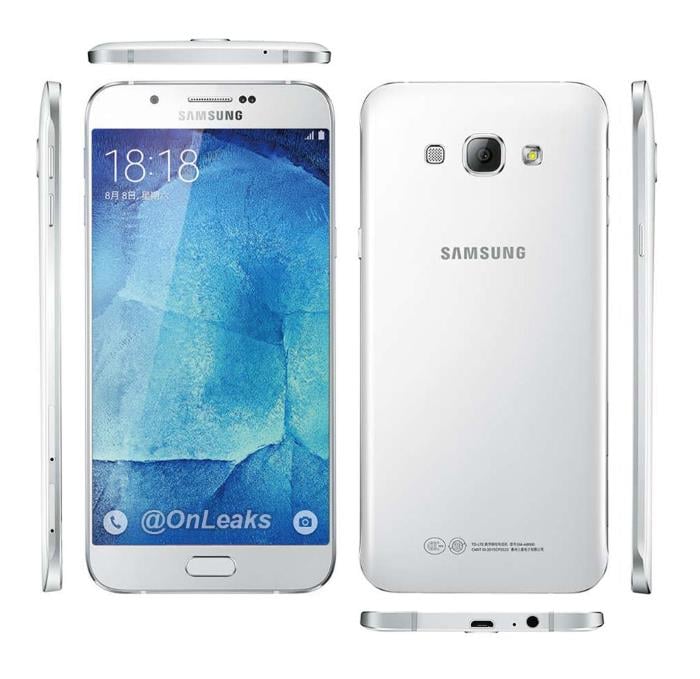 Over the past few days, we’ve seen a handful of rumors related to Galaxy A8, leaking its specifications and expected launch date.

Recently, a posted leaked from Malaysian shores which hint at the specifications as well as the pricing for the Samsung Galaxy A8.

The leaked image is quite blurry — someone may have taken it in a hurry and didn’t wanted to get caught with it. Nonetheless, we’ve known most of the features leaked by the poster earlier, as well as how the handset will look like. The leaked poster reveals that the alleged Samsung Galaxy A8 will come with a RM1,888 (around $500) price tag. 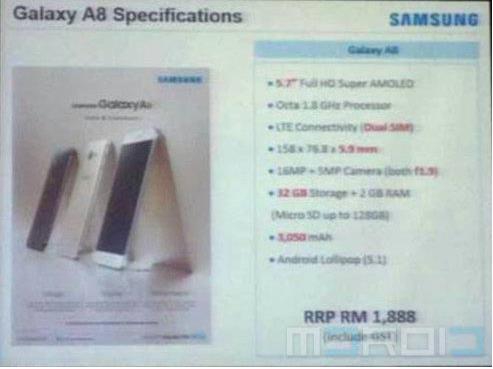 As for the specifications, there’s a 5.7-inch Super AMOLED display sporting a resolution of 1,920 by 1,080 pixels, an octa-core processor clocked at 1.8GHz (possibly the Snapdragon 615 according to previous rumors), 2GB of RAM, 32GB of internal storage, LTE connectivity, microSD card slot, 3,050 mAh battery and is expected to ship with Android 5.1 Lollipop pre-installed out of the box. The handset is quite thin and measures 156 by 76.8 by 5.9mm.

The alleged device is expected to see the light of the day on July 17th, which is just around the corner. Stay tuned to WinBeta, we’ll update you as soon as the Korean manufacturer officially announces the handset.