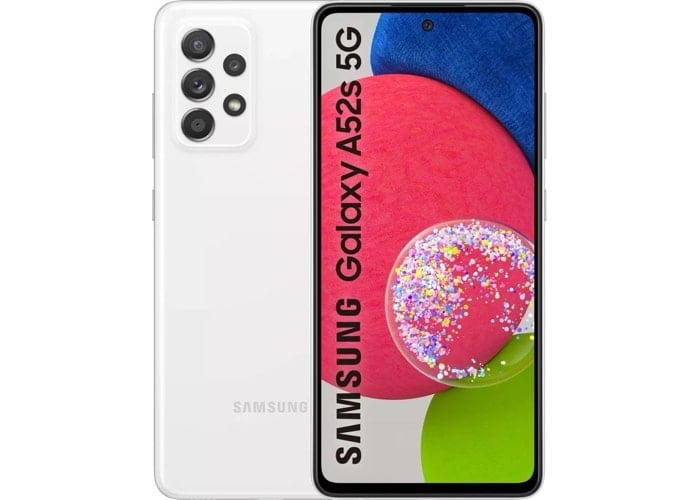 Earlier this month the Samsung Galaxy A52s 5G smartphone appeared at the Bluetooth SIG and now a press render along with some more details of the device has appeared online.

The details for the new Samsung Galaxy A52s include some of the specifications that we heard about previously for the handset.

The new information confirms that the device will come with a Qualcomm Snapdragon 778G mobile processor and it will also come with 8GB of RAM and up to 256GB of storage.

If you need some extra storage the device will come with a microSD card slot for expansion and it will feature a range of cameras.

This will include 32 megapixel camera front camera for taking Selfies and making video calls. On the back there is a 64 megapixel main camera, 12 megapixel ultrawide camera, 5 megapixel macro and 5 megapixel depth camera.

The new Samsung Galaxy A52s 5G is also expected to come with a 6.5 inch Super AMOLED display with a FHD+ resolution of 2400 x 1080 pixels and it features a 120Hz refresh rate.

As yet there are no details on exactly when the new Galaxy A52S 5G smartphone will launch, as soon as we get some more details on the handset, we will let you know.