Samsung has launched a new version of its desktop Chrome OS based computer, the Samsung Chromebox Series 3, which features a new exterior design, but similar hardware specifications to the previous versions.

The new Samsung Chromebox features a new sleeker design with rounded corners, there are two model available which are powered by Intel Celeron B840 processor clocked at 1.9GHz. 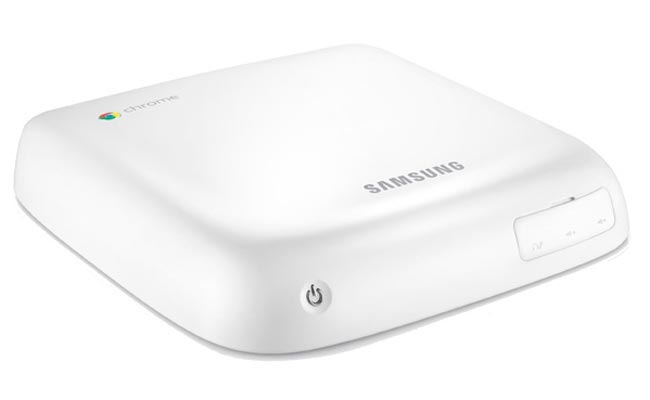 Other specifications on the Samsung Series 3 Chromebox include Intel HD graphics, 4GB of RAM and 16GB of built in storage, plus WiFi, DVI, 2 Display Ports and 6 USB ports.

The new model is now available in the UK, and it is expected to launch in the US shortly, and will probably retail for the same $300 as the previous model.