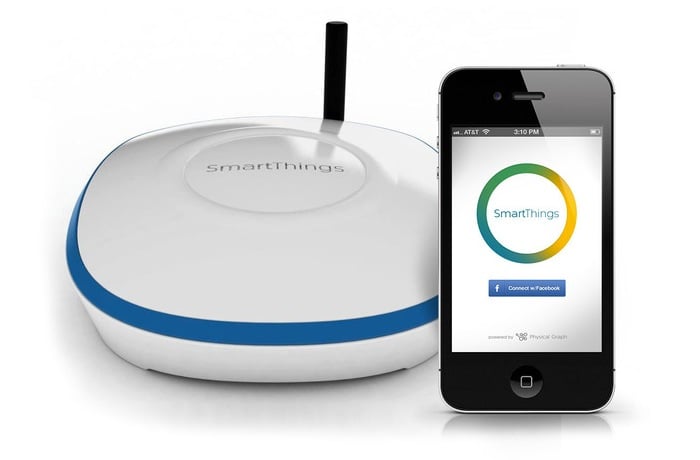 During the middle last month it was rumoured that Samsung was looking to purchase the Internet of things start-up company SmartThings that creates home automation controllers, for an estimated $200 million.

This week the deal has been officially announced and Samsung is indeed purchasing SmartThings for a price tag of $200 million. At the present time SmartThings CEO and founder Alex Hawkinson will continue to run the company which will also continue to operate independently.

SmartThings was founded back in 2012 provides users the power to monitor, control, and automate their homes from wherever they are through a single mobile app. Operations for the company will be moving from its base in Washington DC, San Francisco and Minnesota to their new offices as part of Samsung’s Open Innovation Center (OIC) based in Palo Alto California.

At the present time the SmartThings’ open platform supports more than 1,000 devices and over 8,000 applications created by its community of makers, inventors, and developers. Todays press release reads :

“SmartThings has created a remarkable universe of partners and developers and now has the most engagement of any smart home platform in the world,” said David Eun, Head of the OIC.

“Connected devices have long been strategically important to Samsung and, like Alex and his team, we want to improve the convenience and services in people’s lives by giving their devices and appliances a voice so they can interact more easily with them. We are committed to maintaining SmartThings’ open platform, fostering more explosive growth, and becoming its newest strategic partner.”

“As an open, standards-agnostic platform for the Internet of Things, our vision has always been to innovate, build, and make the world smarter, together,” said Alex Hawkinson. “With Samsung behind us, we will be able to attract more device makers and developers to unlock the limitless possibilities of the consumer Internet of Things. We are thrilled to become part of the Samsung family and continue our goal in making every home a smart home.”