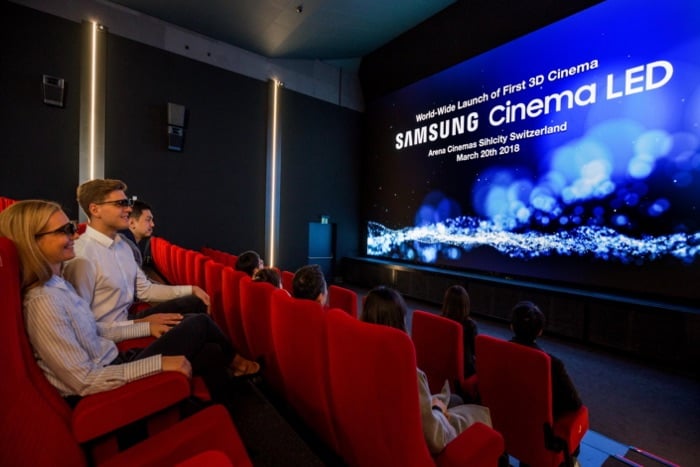 At the end of last years Samsung said they would be launching their new 3D Cinema LED Display in Europe. The company has now launched their new cinema display in Switzerland.

“Samsung is thrilled to be able to debut the world’s first 3D Cinema LED screen in Switzerland,” said Seog-gi Kim, Executive Vice President of Visual Display Business at Samsung Electronics. “We hope that more movie-goers can experience the Cinema LED screen firsthand as we look to partner with more theaters around the world.”

You can find out more details about the Samsung 3D Cinema LED Display over at Samsung at the link below.