QR Codes are becoming more and more popular, and have started to pop up everywhere, now the Royal Dutch Mint has released some new coins with QR codes built in, to celebrate the 100th anniversary of the Mint in Utrecht.

The mint will be releasing a limited run of these coins in both gold with will cost 10 Euros and Silver which will cost 5 Euros, and if you scan the code on the coin it will your mobile phone it will take you to the Dutch Royal mints website. 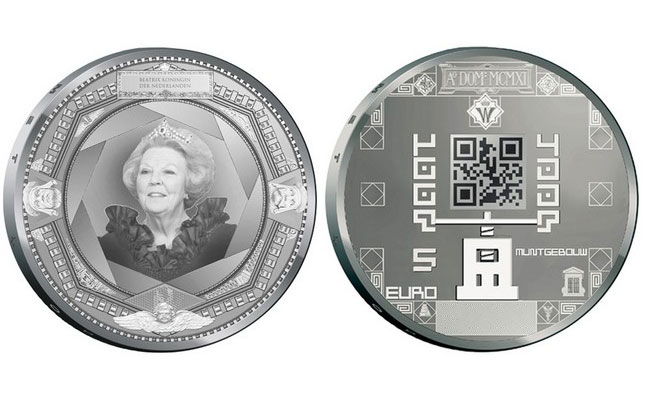 We are not sure exactly how well the QR code will actually work when scanned from one of the coins, as the bigger of the two coins measures just 33mm in diameter.