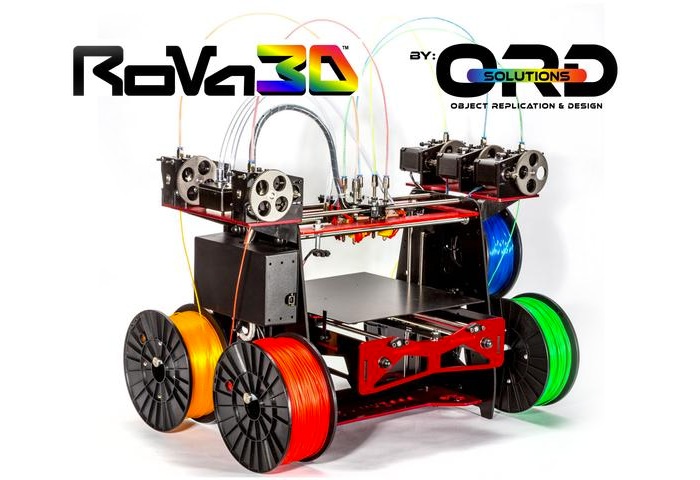 A new 3D printer has been launched over on the Kickstarter crowd funding website called the RoVa3D which is capable of printing five different colours or materials within one 3D print.

The RoVa 3D printer has been created by ORD Solutions is equipped with all metal hot ends and is constructed using an aluminium frame offering a large build area as well as being liquid cooled. Watch the video after the jump to learn more about this unique 3D printer.

The new RoVa 3D printer builds on the technology that was used in the company’s first 3D printer the MH3000R1 which was also launched on Kickstarter and raised over $100,000. 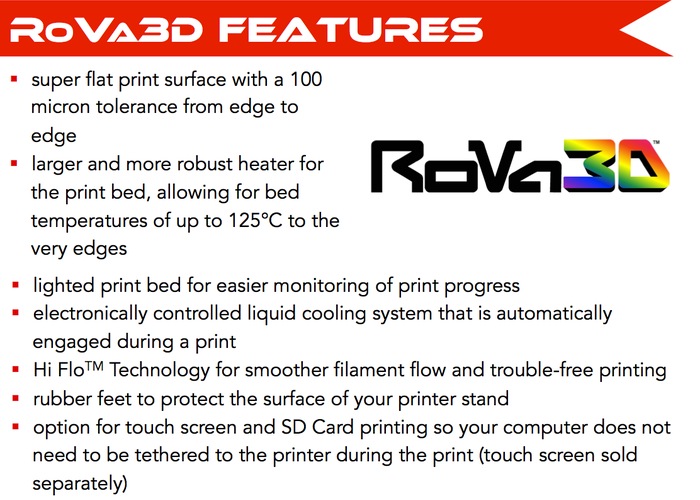 The new RoVa 3D printerThey shipped fully assembled and is now available to back over on the Kickstarter crowd funding website with prices starting at just under $1,500. Its creators explain :

“With our five nozzle printer, you can print an object with five different colors throughout the object without stopping to switch the filament. Or you could use three of the five nozzles for different colors, one larger nozzle for faster infilling, and one for a different support material. It’s up to you! That is what we are offering in this Kickstarter. The chance to acquire a better 3D printer.

The RoVa3D is not just a printer with more nozzles. It is a superior printing platform in every way. The extruders are side mounted, not on the X carriage, to reduce weight and increase speed. The hot ends are all metal so they can print at any temperature up to 450°C!, so you could print in any 3D filament material like polycarbonate or nylon or vinyl or alloys like carbon fiber PLA, plus of course the standard ABS and PLA plastics, and even more materials that have yet to be invented.

The build volume is the largest in its class by 50%, providing an excellent price to volume ratio. Our printer is made of extremely sturdy, high quality components, which means it won’t breakdown or wear out even if you are constantly using it.”

For more information on the new RoVa 3D printer jump over to the Kickstarter website for details.