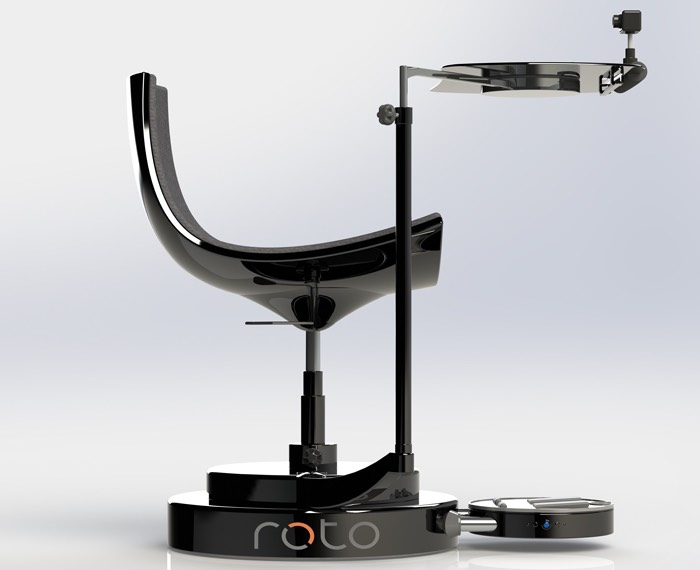 With new virtual reality headsets making progress into areas yet discovered by technology and providing new and innovative ways we will shortly using to play video games and view movies.

Companies are busy creating new accessories for the virtual reality headsets that will provide even more immersion yet offer a more ergonomic and natural way to enter the virtual worlds that are being created.

One such company is Roto who have designed a spinning virtual reality chair that is capable of being rotated by the user using foot pedals, and also provides plenty of space for keyboard and mouse access, in an economic position directly in front of the user at all times. Engadget explains a little more about the new Roto VR Chair :

“One of the issues with swiveling around in a chair while wearing a tethered headset like the Oculus Rift is getting tangled up in cables, which is why the Roto employs a slip-ring design to negate this. You connect your PC to the lower part of the motorized base, and the headset to the top. The PC inputs pass through the slip ring and exit through the headset adapter, which spins with the chair, avoiding strangulation by HDMI cable.

Roto will be launched via Kickstarter, with the campaign going live on March 12th. The team is well aware of the stigma around Kickstarter, but says it won’t be able to produce the product any other way, so crowdfunding is its only shot right now. The plan is to sell the base and the footplate for under £200 (around $310), with the option of adding a chair of its design and a table attachment for keeping mouse/keyboard/joystick setups, depth-sensing cameras like Oculus’ DK2 and other peripherals in front of you, and rotating with you. If you just want the motorized base, you can clamp in your own swivel chair. I’m told the majority of designs will be supported, but not all.” 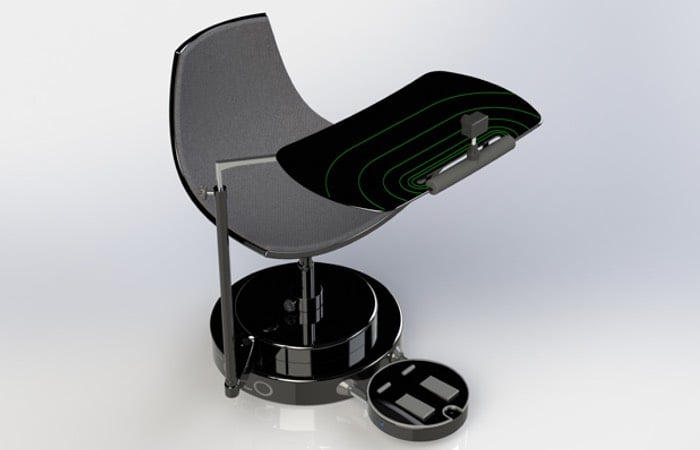 As soon as the Roto virtual reality chair launches on Kickstarter next week we will keep you updated as always. For more information beforehand jump over to the official Roto website for full details via the link below.