Roku And 3M have partnered to create a new Streaming Projector that is available via Amazon for $299. The new creation is small enough to be portable but projects a 120 inch picture, and is equipped with a battery capable of providing enough juice for up to two and half hours of use. 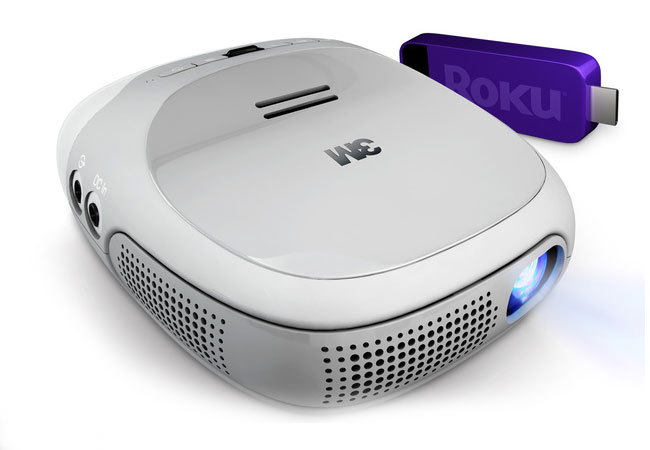 The projector is powered by the Roku Streaming Stick and provides users with all the same functionality as if they were watching a HDTV equipped with the Roku Stick. Roku CEO Anthony Wood explained in an interview.

“For a TV company to integrate software into their TV is a multi-year process. Whereas a streaming stick, they can build TVs, [and then] decide at the last minute if they want to make it a streaming TV or not. But even though it’s a stick, it does have all the advantages of being integrated. It uses the same remote control, it appears to the user as if it’s built in. And it has the other advantage that you don’t have with integrated software in that you can upgrade it–faster streaming sticks, more features.”

The new Roku 3M Streaming project is currently available to pre-order as an exclusively on Amazon for $299.99, with shipping starting later this month.