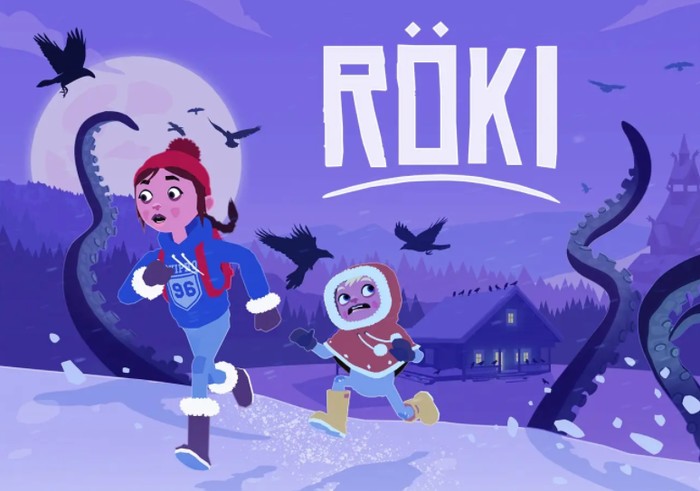 The unique Roki adventure game inspired by Scandinavian folklore will be officially launching on the PlayStation 5 later this month and will be available to play from October 28th 2021 onwards. Back in July 2020 the adventure game launched on PC via Steam and GOG and Alex Kanaris Sotiriou Co-founder at game design studio Polygon Treehouse has taken to the official PlayStation blog to reveal more about what you can expect in the game on the PS5.

“Röki is a multi-award winning adventure game inspired by Scandinavian folklore, and arrives on PlayStation 5 on October 28. Set in the stunning, snow-capped wilderness, you play Tove. She’s a young girl plunged into a living fairytale, where you must solve puzzles, collect curiosities, and uncover a tale of tragic loss. Your quest is to rescue your brother Lars from Röki; a gigantic pitch-black creature with a mysterious smile. Like the movie Jaws, our game is eponymously named after its monster, although there may be more to Röki than meets the eye…”

Check out the video below to learn more about what you can expect from the game inspired by iconic adventure game such as Monkey Island, Day of the Tentacle, and Grim Fandango.

“As Tove, you explore the enchanting 3D world, find long-forgotten objects, talk with misunderstood monsters, and solve ancient puzzles to unlock paths deeper into the wilderness. You can also dive into the pages of Tove’s handwritten journal that she scribbles in as you explore, charting her adventure. This includes notes of folklore, loot, and wilderness “badge” achievements, as well as some of her inner thoughts and reflections.”