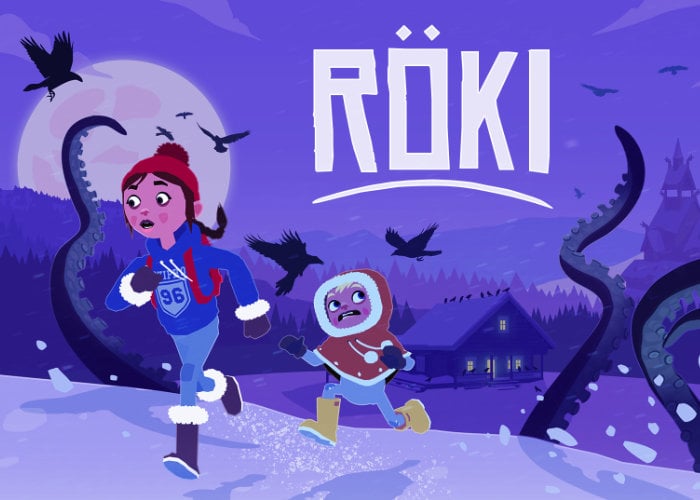 Röki is a new game offering an atmospheric explore-o-puzzle game inspired by Scandinavian folklore. Play Röki to help Tove on her fantastical journey through a magical world. Save her family, explore the ancient wilderness and solve its mysteries.

“A dark contemporary fairy tale underpinned by a touching narrative, an alluring art style, ancient puzzles and atmospheric exploration.Join Tove on a fantastical journey to save her family; one that takes her deep into a hidden, long forgotten world of folklore, filled with strange locations and even stranger creatures. Explore the ancient wilderness, solve its mysteries, and save your family in this modern adventure game for all.”

Polygon Treehouse and United Label are proud to officially launch Röki on PC today, opening the door to a beautiful game of adventure, courage, and folklore. Röki is available right now on Steam and GOG and will release on the Nintendo Switch in the near future.

Features of the Röki game include :

– The ancient wilderness holds many secrets. Seek out long forgotten items to aid you on your adventure.
– Tove charts her progress in her trusty journal – it’s her grail diary. Map uncharted regions, delve into the rich Scandinavian folklore, collect loot and earn unique ‘wilderness explorer’ badges.
– Seek out the ancient and magical creatures of the Scandinavian wilderness; some are friendly, some not so much! Röki has a rich cast of unique ‘creepy-but-cute’ characters – discover our own take on Nordic folklore.
– Explore a rich, beguiling world of wintry, Scandinavian folklore; filled with detail and brought to life by Roki’s signature graphical style.

Check out a review of the new Röki  adventure game by Eurogamer.