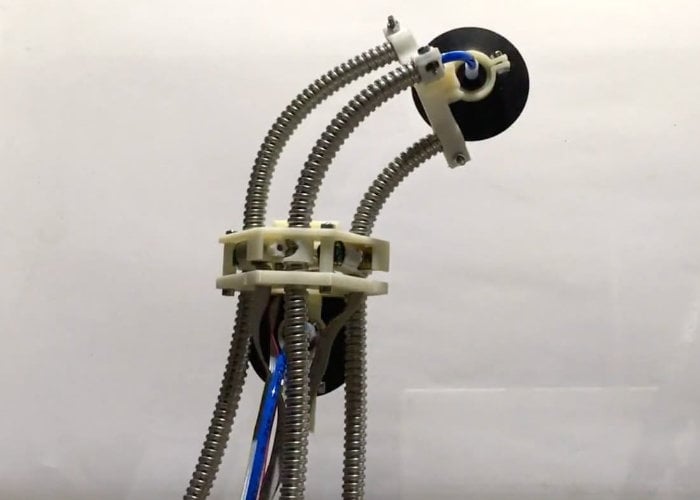 Researchers at Toyohashi University of Technology created the LEeCH robot inspired by leeches, creating the world’s first free movement climbing robot which uses suckers to help move its frame. Watch the demonstration video below to learn more about the “LEeCH: a sucker for walls” robot.

Equipped with a flexible body the LEeCH robot is capable of ambidextrous movement which the researchers are calling a “world’s first achievement in developing soft and flexible robot that is capable of free movement on a wall.” The robots name LEeCH stands for Longitudinally Extensible Continuum-robot inspired by Hirudinea.

“The bending motions investigated in LEeCH are flat-wall climbing and wall-to-wall transitions. These motions occur only in one plane at a time, which allows for an accurate description of the system with a planar model. To approximate the soft body, we use a chain of rigid bodies under the influence of gravity with acceleration g. We assign a linear torsional stiffness k and linear damping d at every joint. The first element is attached with a joint to an inertial reference system I. Each rigid body is associated with a mass m located at its tip and a length.”