In the scientific community, everything is theoretical until it can be proven without a shadow of a doubt. Unfortunately, doubt has a pretty long shadow and it often takes a long time – if ever – to get out from under it. Years ago, scientists claimed that there was once water on Mars. Now, they’re ready to prove it and turn theory into fact. 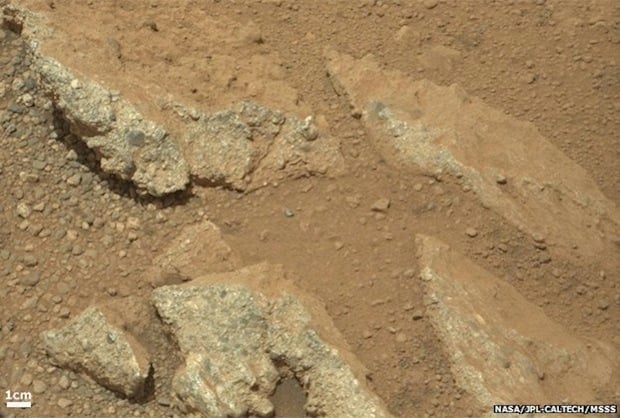 How do you prove that there was once a river in a desolate planet that doesn’t have a drop of water to its name? Apparently you look at the pebbles. Scientists claim that the shape and smoothness of the pebbles on Mars are exactly the same as the pebbles found in our rivers. They say the pebbles are too big to have been blown around and smoothed over by the wind, and that their discoloration suggests the pebbles are from varying areas.

Personally, I’m not so show. For the sake of playing Devil’s advocate, couldn’t there be another explanation for these pebble’s formation that doesn’t exist on Earth? Maybe the winds once really were that strong.

Ah well, I’d rather believe life existed there once too. So there you have it, water really was once on Mars!