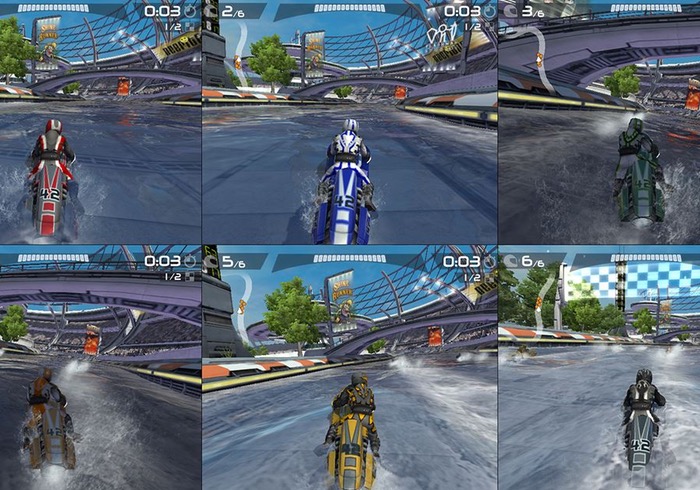 Xbox One gamers waiting for the release of the new Riptide GP2 racing game on Xbox One will be pleased to know that it is now available to download via Xbox Live and priced and just £3.99.

The Riptide GP2 game takes the form of a 181mb download and provides gamers with the ability to enjoy split screen multiplayer for up to 6 players to battle it out in the same room at the same time from the one console.

Features of Riptide GP2 include a Single Player Career Mode allowing gamers to compete in over 60 challenging Races, Hot Lap, Elimination, and Freestyle events. As well as offering the ability to upgrade your craft using 10 powerful hydro jets and upgrading performance and colours to gain an edge in races.

The game also provide a VR Challenge that lets players Race against virtual recordings of your friends best performances in “VR Challenge” mode.

“Rev up your rocket-powered hydro jet and put your racing skills to the test as you rip across a dynamic, ever-changing torrent of waves in Riptide GP2. Race through futuristic cityscapes, twisting canals and rivers, open harbors and mysterious research facilities. Trade elbows with friends in up to 6-player split-screen matches right in your home! Compete in over 60 challenging Race, Hot Lap, Elimination, and Freestyle events.”

For more information on the new Riptide GP2 jump over to the Xbox Live website for details via the link below.