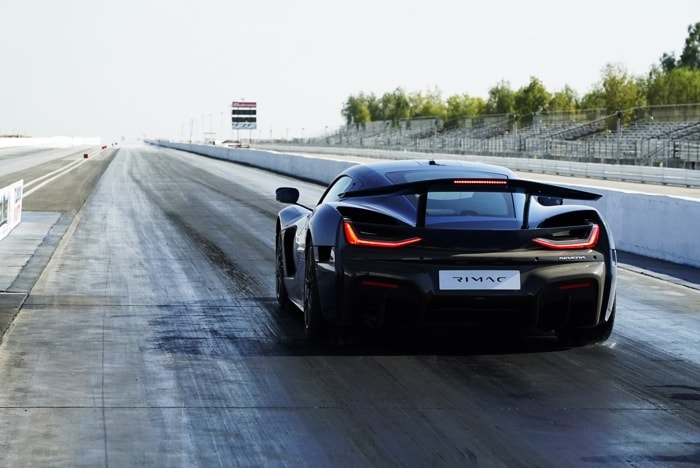 Driven by Brooks Weisblat from Dragtimes, with standard Michelin Pilot Sport 4S tyres – just like every Nevera – the car lined up at Famoso drag strip, with the air temperature at 37oC/98F and track temperature at 65oC/149F.

With its Launch Control engaged – done by simply putting your left foot on the brake and flooring the accelerator – the Nevera prepared to unleash the full force of its 1,914hp powertrain through four separate electric motors. Having lifted a foot off the brake, the Nevera’s advanced control systems, including Rimac All-Wheel Torque Vectoring 2, constantly monitored which wheels had the most grip, portioning out the power to minimise wheelspin and maximise acceleration as it launched down the strip.

You can find out more details about the new Rimac Nevara over at Rimac a the link below, the car comes with a massive 1,914 horsepower.