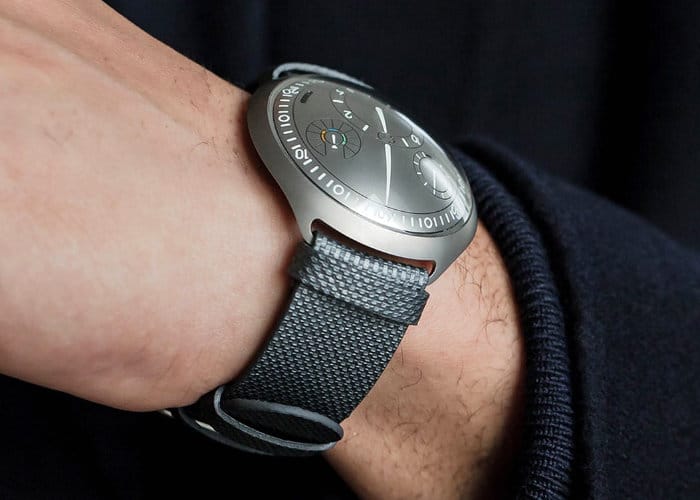 The included e-Crown technology allows the watch to self adjust itself when you enter a new time zone and if the power reserve of the watch runs low the time can be reset by a simple tap on the crystal ,removing the need for any fiddly reset. The Ressence Type 2 watch combines both traditional and digital technologies into a unique wrist worn wearable and has been designed with help from Tony Fadell the founder of the Nest smart thermostat and designer of the iPod.

Ressence is a new timepiece concept that is initially set by the user using the Type 2 e-Crown and mechanical mechanism on the rear of the watch, after which it never needs to be set again. The watch can then be paired to its companion iPhone application and will automatically adjust to one of two time zones as your smartphone changes location.

The mechanical watch is powered both kinetically and via 10 tiny photovoltaic cells hidden behind the dial. If you are not wearing the Type 2 watch and the battery drops below 50 percent ten small shutters open on the watch face to reveal the photovoltaic cells and gather light for energy. The small photovoltaic cell shutters can also be opened manually via the smartphone application if desired and the watch automatically adjusts Daylight Savings time. 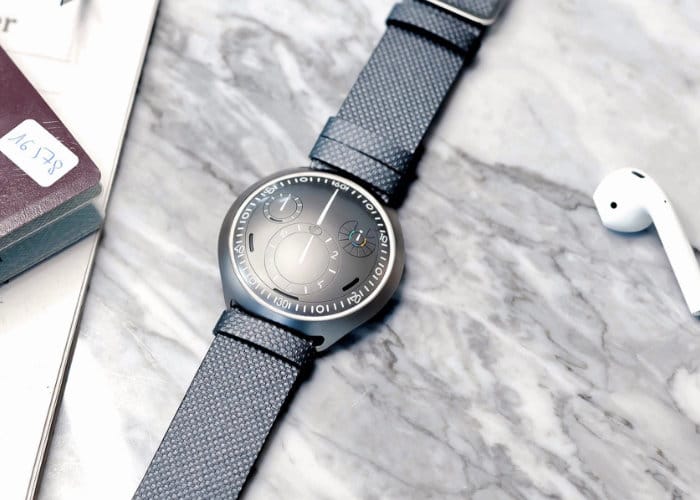 Due to the watch being just a concept at the current time no details on availability or pricing have been revealed as yet by Ressence for the Type 2 as soon as more details are announced we will keep you up to speed as always. A production version of the Type 2 will hopefully debut sometime during 2018.