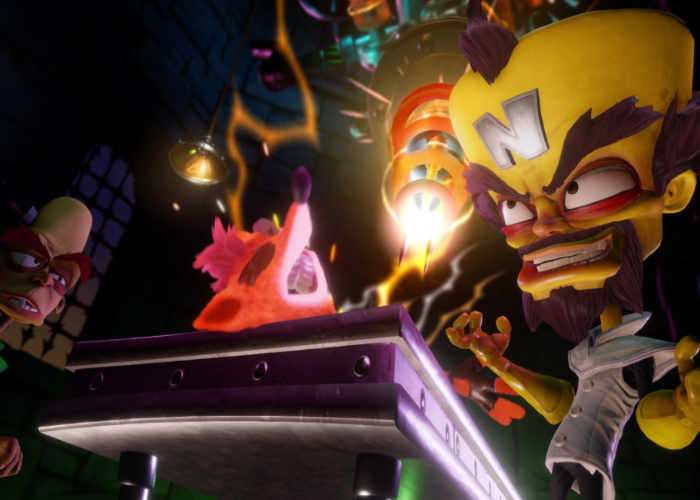 Kara Massie from developer Vicarious Visions has taken to the official PlayStation blog this week to reveal that the new remastered Crash Bandicoot N. Sane Trilogy will be launching on the PlayStation 4 platform in a few months time on June 30th, 2017.

Everyone’s favorite marsupial is in the process of getting enhanced, entranced, and ready to dance in HD graphical glory when he bursts back onto the scene in the Crash Bandicoot N. Sane Trilogy. But don’t worry, because the process isn’t that painful for him. Well, it’s not anything that a couple of wumpa fruits won’t fix.

We know Crash has plenty of fans out there, all eager for news about when he’s going to spin things up again. Your patience has paid off! Activision and the development team at Vicarious Visions have been hard at work updating this classic trilogy, and they have some big news to share with you — as well as

What has changed from the original games in the environment art?

This is a great question and something that we’ve been working pretty hard on. The addition of real-time lighting in a PBR (Physically Based Rendering) engine, along with an increase in texture size, can sometimes make our environments look different than the originals.

Generally, while we strive to recreate each level so it looks and feels like the original, we also want to make sure that environments are fun, colorful, and read well in the fast-paced action with the addition of the new technology we are using.
— (Dustin King, Art Lead)

What’s been your favorite level to make art for and why?

I’ve enjoyed working on the prehistoric levels, and I found them to be a good case for reinterpretation. As I started working on them, I found that adding more greenery helped bring more of the earthy, prehistoric look that hearkens back to the illustrations in dinosaur books I loved as a kid. I also decided the path is more like shallow swamp water, since a tar pit would slow the player down.

I like the contrasting mix of familiar elements of earth, fire, water, and plants, and it has been fun trying to effectively blend these elements.