Last month, it was reported that Facebook was testing a completely redesigned Messenger application for Android and was available for limited Android users during the beta phase. But, the social networking giant announced it’s availability for Android and iOS users in the near future.

The application is now live for both Android and iOS devices,  bringing a completely redesigned UI and new features to the Facebook Messenger. The color combinations, user interface and icons in the application looks quite similar to iOS 7. 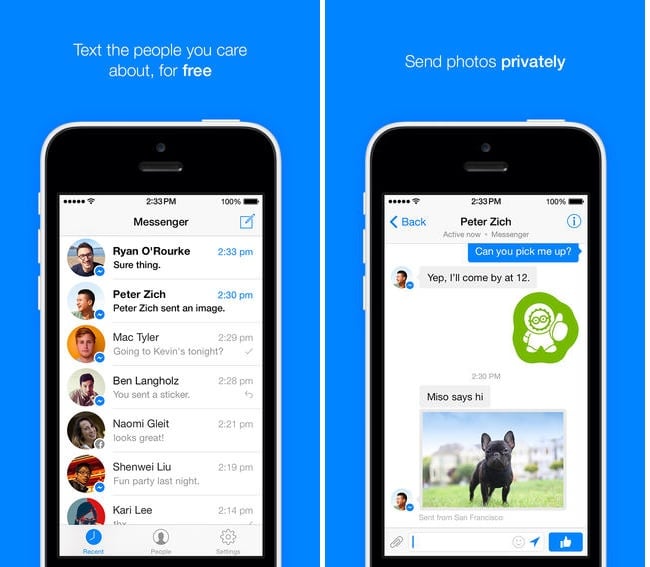 You cannot only message people who are on Facebook, but any person in your contact list via SMS. To do so, make sure you sync your contacts with the application after installation, or you can simply add a new contact using a phone number. The new application also makes it easy to see who’s online and who’s using the Facebook Messenger application on their handsets. You’ll notice a blue icon right next to users who have installed Facebook Messenger on their Android or iOS devices. The application lists three tabs that shows your recent chats along with the list of contacts who’re online.

It seems that Facebook is introducing new features to compete with other cross-platform messaging applications who are introducing SMS integration. Recently, Google Hangouts also introduced a similar feature in Android 4.4.