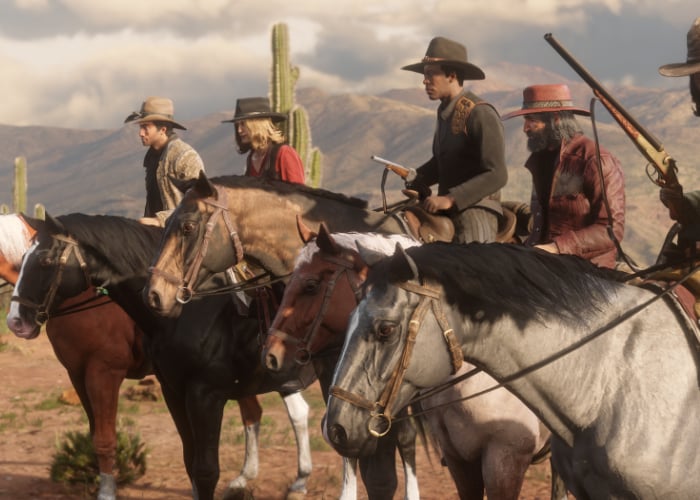 Rockstar Games has today revealed more details about the content of the next Red Dead Online update which will be rolling out at the end of this month on February 26th, 2019. To tackle “certain types of destructive player behaviour” Rockstar is implementing a number of new tweaks, features and enhancements including Bounty Hunters and Law Balancing and reducing the visibility of players on the mini map to 150m. If you are farther than 150 m from a player you will only be shown the mini map if you fire your weapon.

The developer will also be introducing a new system which will highlight overly aggressive players. As your actions become more hostile you will become more visible to other players and your market.will progressively change colour from blue to dark red. “Your visibility increases through bad deeds such as attacking and killing other players or their horses outside of a structured mode, Free Roam Mission, event or competition, and the shorter the time between bad acts, the more your visibility increases. Shift back to a more righteous path and your visibility will fade over time.”

Red Dead Online players who have racked up high bounties will be hunted by NPC Bounty Hunters who will attempt to kill them and collect their reward. Criminal behavior will have bounty values and honor consequences that scale based on the severity of the crime. “Killing another player can incur a higher bounty, while assaulting townsfolk or animal cruelty could give you a lesser bounty if the crime is reported, while lower level crimes like looting and ransacking will only decrease your honor.”

For more details on the new content coming in the next Red Dead Online update arriving later this month jump over to the official Rockstar Games news site.