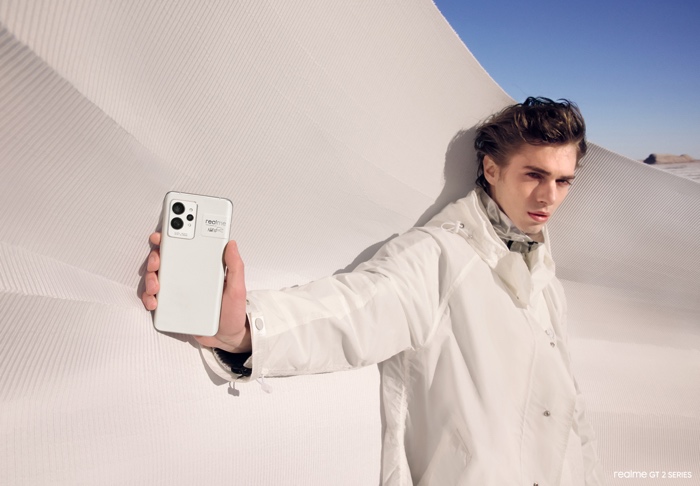 Realme has announced that they will be unveiling their new flagship smartphone, the Realme GT2 Pro, on the 4th of January 2022.

We have already heard a number of rumors about the device and its range of features, we are looking forward to finding out more about it.

realme, the fastest-growing smartphone brand, unveiled the appearance of its new product – realme GT 2 Series, also announcing the new series will launch on January 4th in China. Co-designed with Naoto Fukasawa. Inspired by paper, realme GT 2 Pro is the world-first smartphone with a bio-based polymer design.

For the latest release in the successful GT lineup, realme design studio has once again teamed up with Naoto Fukasawa to bring forth Paper Tech Master Design for a sustainable product design with “The Future in Paper” as the core design inspiration, which is the perfect combination of functionality and sustainability, technology and aesthetics, modernness and tradition.

We will have full details about the new Realme GT2 Pro smartphone when it gets official on the 4th of January 2022.