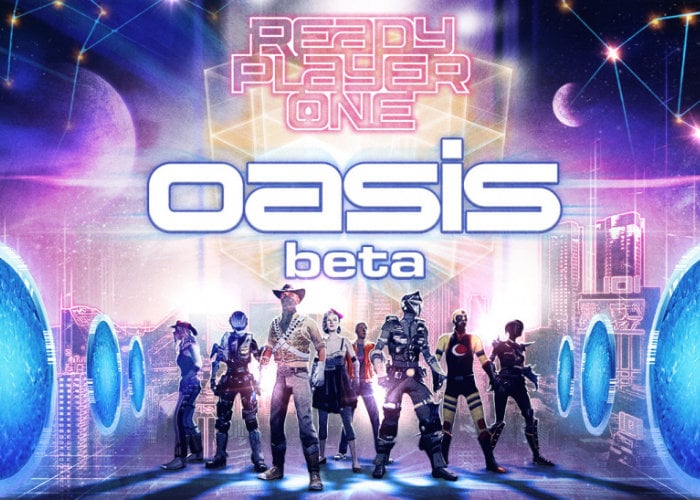 A new paid DLC has been released for the Ready Player One OASIS Beta virtual reality game in the form of the Elite Gunter Edition. Check out the announcement trailer below to learn more about what you can expect from the latest content which adds new levels to game and more.

The OASIS beta has been inspired by the recent movie of the same name and is set in the year 2045. Offering players an ever expanding universe to explore, compete and enjoy multiple VR experiences using custom avatars. “Gear up for bigger battles, better weapons, and new adventures in the Ready Player One: OASIS – Elite Gunter Edition. Test your skills as an elite Gunter with new levels and environments, more epic boss battles, and a variety of new weapons to take down the IOI.”

– Battle for the OASIS: Help to save the OASIS by defeating waves of IOI Sixers. Advance through the trenches of Planet Doom towards the snowy planes that surround Anorak’s Castle. With the Elite Gunter Edition, you’ll encounter new bosses across 8 new levels as you battle for control of Anorak’s Castle. Developer: Steel Wool Studios

– Gauntlet: Navigate through a seemingly endless dungeon while the undead seek to destroy you, in the classic dungeon-crawler reimagined for VR. The Elite Gunter Edition comes with new levels, environments, and power-ups giving you more to explore. Developer: Directive Games

– Fracture Heighten your spatial awareness and reflexes in this throwback to 80s brick smasher games reimagined in VR. Over 20 new, diverse levels are included with the Elite Gunter Edition. Developer: 2 Bears Studio