Tactical Haptics has this month started a new Kickstarter campaign for their new Reactive Grip controller prototype which was developed just prior to GDC 2013 and is now looking for developers to help with progressing the innovative controller. 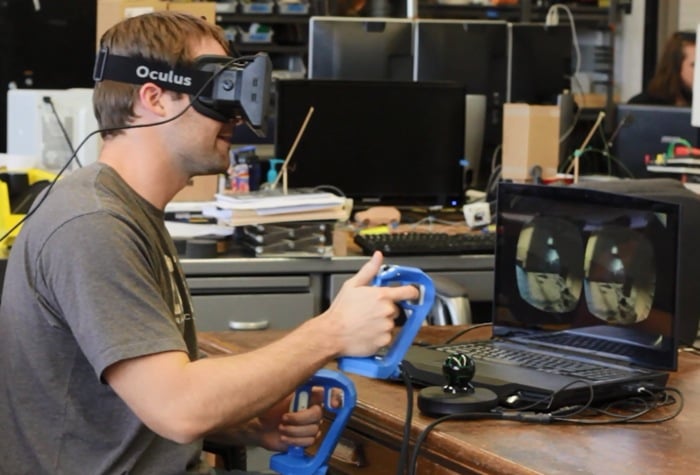 “Tactical Haptics aims to bring a revolutionary new touch feedback technology to virtual reality and video games that blows the doors off traditional “rumble” vibration feedback. Reactive Grip touch feedback works by mimicking the friction and shear forces that we feel in the real world when holding an object or touching a surface.

This is accomplished by measuring the movements of the player’s hand and actuating small sliding plates in the grip of the controller to recreate the friction and shear forces you expect when holding an actual object such as a sword, slingshot, gun, or fishing rod. We call it Reactive Grip feedback because it reacts to your actions and motions in the virtual world.” 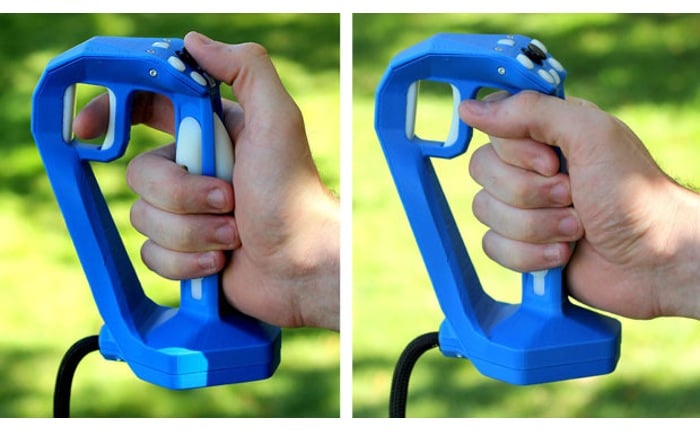 A number of demonstrations are already available for developers to use including a slingshot, sword and shield, shooting gallery, medieval flail, stretching deformable object, dune buggy driving and fishing. Within the fishing simulation the sensitive controller even allows users to feel the tug of fish biting at the virtual bait.