Razer have this week announced that their new gaming concept the Razer Switchblade is the first device to be powered by Intel’s new Atom Z690 processor. Providing the conceptual gaming console with a 13 percent increase in performance over previous processors.

The Razer Switchblade concept has been designed to be a revolutionary mobile PC gaming console , enabling gamers to be able to game on-the-go without forfeiting the precision and control you would normally expect from a desktop gaming system. Razer still insist that the Switchblade is just a conceptual gaming system, but the console equipped with a 7 inch multitouch display and dynamic keyboard seems to be gearing more and more to production. 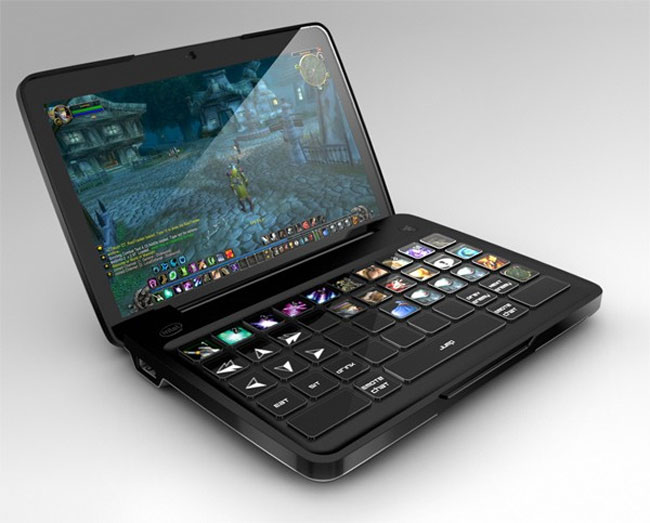 “Intel is very excited to be working closely with Razer on the next generation of mobile handheld PC gaming,” – “The Razer Switchblade concept takes advantage of the Intel Atom processor, providing the performance needed to run 3D PC games in a small and light form factor to enable mobile gaming at significantly less power than a traditional laptop.”

As more information becomes available we will as always keep you updated.