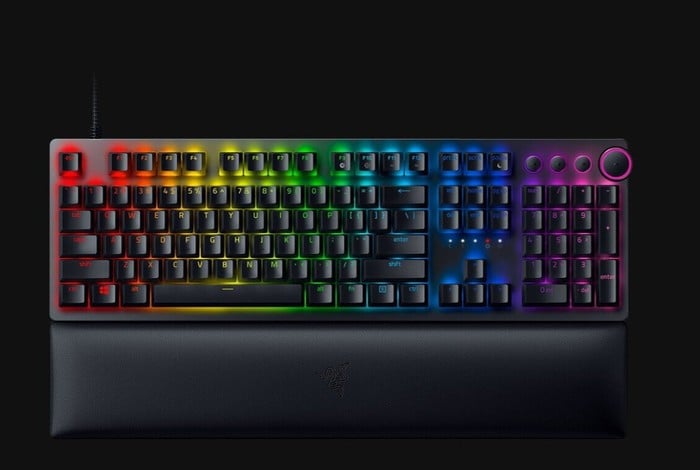 Razer has introduced its new Huntsman V2 keyboard range equipped with second-generation optical switches Razer 8k HyperPolling Technology, and Doubleshot PBT keycaps. Razer has also improve the acoustics thanks to player and community feedback and the addition of a silicon sound dampener, to reduce the ‘clack’ of the key bottoming out during use. Razer has also included more generous lubrication on the switches and stabilizers, providing design with “even smoother operation and increased noise reduction” says Razer.

“Raise the bar for keyboard performance, feel and acoustics with the all-new Razer Huntsman V2 and Huntsman V2 TKL. Armed with our lightning-fast optical switches and doubleshot PBT keycaps, these tournament-ready keyboards will have you dominating the competition. Now available in both the quick, snappy Razer Clicky Optical Switches and the Gen-2 Razer Linear Optical Switches with sound dampeners for a better sound profile” 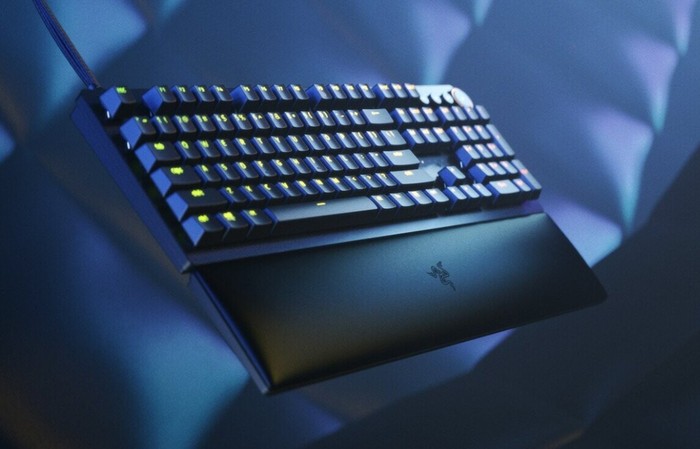 The Huntsman V2 Tenkeyless also features a detachable USB-C cable for ease of transport for players on the go and is fully compatible with Razer Synapse 3 for up to 16.8 million color customization and on-board hybrid memory for macro and settings storage.”