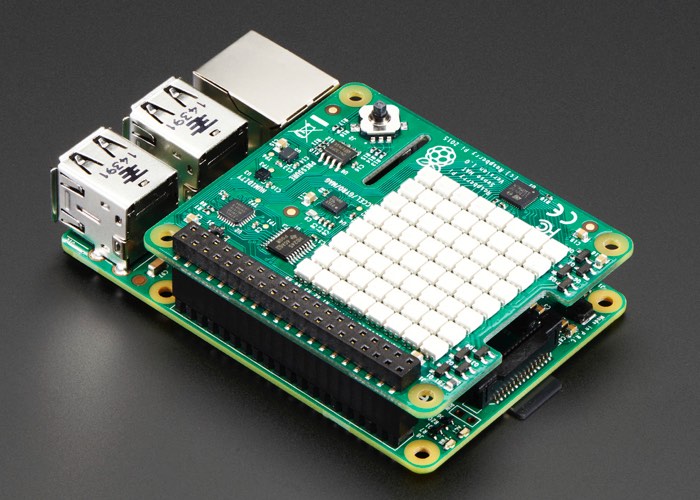 Raspberry Pi users may be interested to know that the Raspberry Pi Sense HAT is now available to purchase directly from the Adafruit website priced at $39.95. 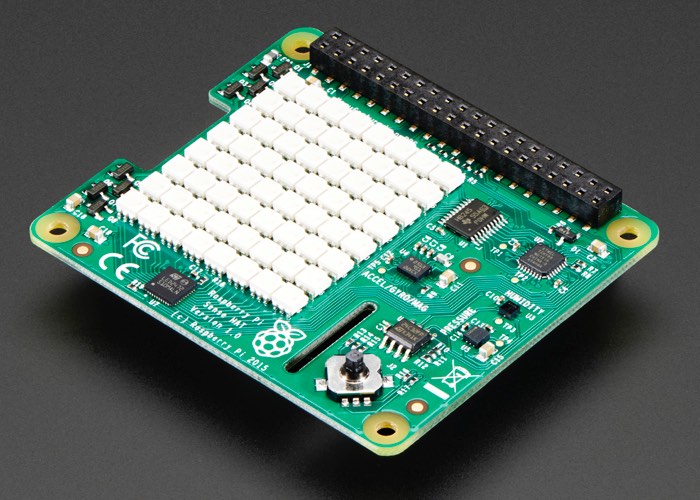 The on-board sensors are capable of allowing users to read orientation in the form of yaw, pitch & roll via an accelerometer, 3D gyroscope, and magnetometer, pressure, humidity and temperature. Adafruit explains a little more about its features :

The Sense HAT supports a whole host of projects for the Raspberry Pi, it can measure how fast is the Pi itself travelling (i.e. measure your speed), how hot is it? how humid is it? (air humidity), which direction is the Raspberry Pi facing? And more

The 8×8 LED Matrix enables you to display the data from the various sensors, it can show you which way is geomagnetic North by programming a compass using the magnetometer, or simply be used to play games like Tetris, Pong and Snake with the joystick.

The joystick can also be used to enable a human user to interact with the programs running on the Raspberry Pi Sense HAT. Writing programs for the Sense HAT is very simple with a Python library available to get started quickly and easily. For a truly out of world projects check out the AstroPi website, containing a host of ideas and instructions.

Jump over to the Adafruit online store to learn more and purchase via the link below.