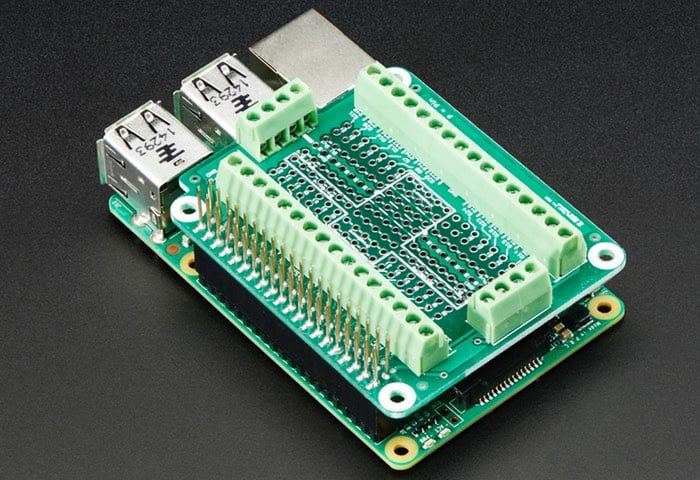 Adafruit has today announced the addition of a new Raspberry Pi Breakout Hat that is now available to purchase from the Adafruit online store priced at $19.95.

The new edition takes the form of the Pi-EzConnect Terminal Block Breakout HAT that provides both Solderless or soldered connections for all GPIO’s on a Raspberry Pi, making it even easier to prototype your projects quickly. 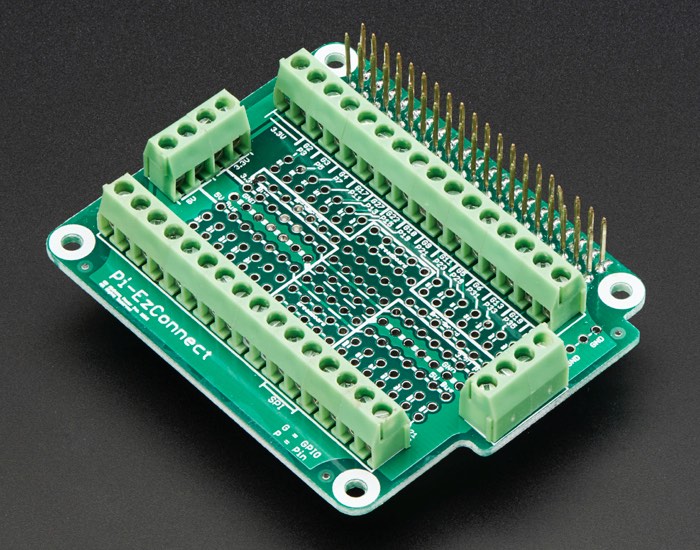 Watch the video below to learn more about the features and functions of the Pi-EzConnect Terminal Block that features include:

– Solderless or soldered connections for all GPIO’s on a Raspberry Pi
– Mini proto area for adding components
– Add standard male or female headers for breadboard like functionality
– Power (both 5V and 3.3V) as well as ground connections available
– Compact footprint – fits easily on top of a Raspberry Pi
– Fully documented pins – easily connect to pin numbers or GPIO number without referring to external charts
– Protection: Resettable 8V, 1.6A fuse for 3.3V and 5V power
– Header connections: Can use 0.1″ (2.54mm) spaced headers, male or female
– Standoff connections: Matches Raspberry Pi model A+, B+, and Pi 2