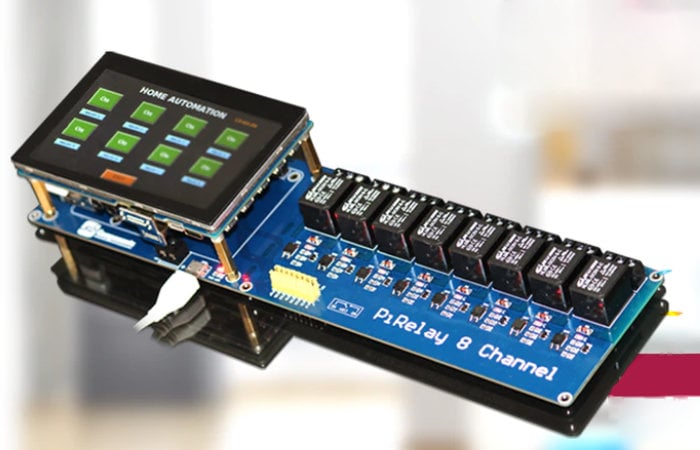 Raspberry Pi users may be interested in a new 8 channel relay board named the PiRelay 8, specifically created for the Raspberry Pi range of mini PC systems. The relay board allows you to connect up to 8 appliances and comes equipped with a 4.3 inch capacitive touchscreen LCD display and will fit standard 40 Pin GPIO connections. The board features a relay status indicator and features open source hardware and software together with a Optocoupler EL357NC, on-board USB input, relay selection jumper and more. 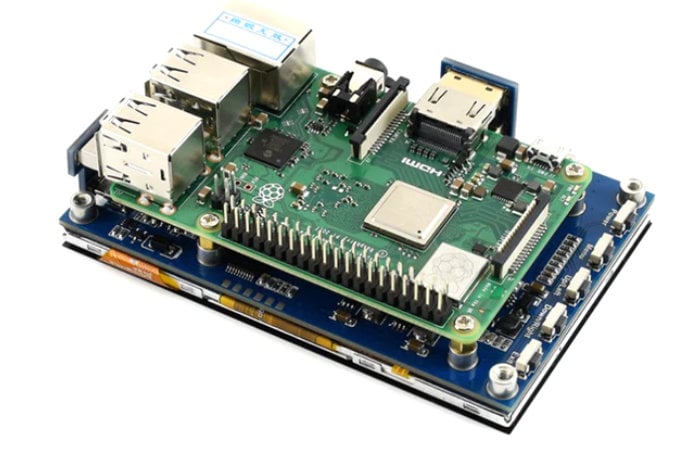 Backer early bird pledges are now available for the novel project from roughly $27 or £20 (depending on current exchange rates), offering a considerable discount of approximately 33% off the recommended retail price, while the Kickstarter crowd funding is under way. If the PiRelay 8 campaign successfully raises its required pledge goal and the project completion progresses smoothly, worldwide shipping is expected to take place sometime around September 2021. To learn more about the PiRelay 8 Raspberry Pi relay board project review the promotional video below.

“The PiRelay 8 is a relay expansion board that can control up to 8 appliances/devices on a load of 250V AC/7 A, 30V DC/10 A, and a trigger voltage of 3.3 V with photo-coupling isolation, allowing users to safely control high voltages or current devices via an HDMI 4.3” capacitive touch screen LCD mounted onboard as an add-on module. “

“The Pirelay 8 is designed with enough room for the 4.3″ LCD to fit properly, allowing the user to use the gadget with ease. The 5 V/ 2 A USB power port on the Pirelay 8 board is one of the nicest features. It supplies power to the Raspberry Pi straight through the Pirelay 8 board. In a simplified way, PiRelay 8 channel is a set of eight relays with an optocoupler that uses light energy to safely send an electrical signal between two separated circuits.”

“For improved stability, we built a place in the PiRelay 8 for putting the 4.3″ HDMI Touch screen with mounting holes. The 4.3-inch HDMI touch screen LCD has a hardware resolution of 800 × 480 pixels. It works as a cross-platform support module, therefore it may be used with Raspberry Pi, BeagleBone, Arduino, Banana Pi, Jetson Nano, and other platforms.”

For a complete list of all available pledge options, stretch goals, extra media and more features for the Raspberry Pi relay board, jump over to the official PiRelay 8 crowd funding campaign page by following the link below.