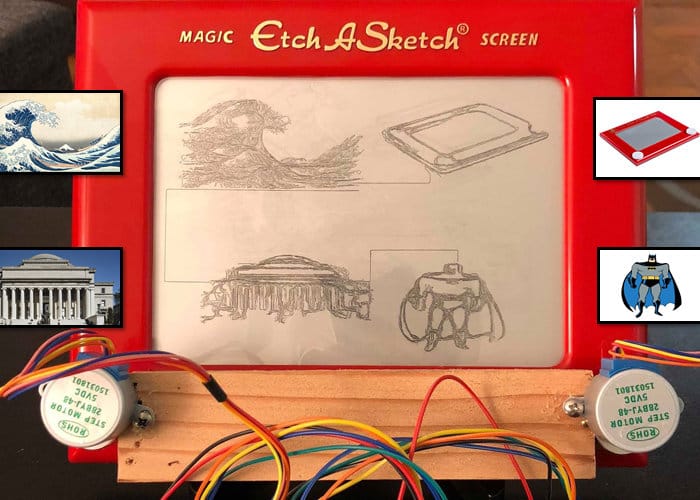 Sunny a quantitative researcher at AQR, has created an awesome new project in the form of a Raspberry Pi powered Etch-a-Sketch, which allows the retro drawing device to draw images sent to the pine mini PC. Just like in the Toy Story film the Etch-a-Sketch is capable of drawing almost anything you can think of and upload.

“The Etch-A-Sketch was released by The Ohio Art Company in 1960. Ever since then, it’s been a staple toy in homes, daycares, waiting rooms and schools – over 100 million have been sold worldwide. It was even a big enough deal to be a character in Toy Story 1 and 2!

Write a program that uses some motors to draw nice pictures on an etch-a-sketch. For the reasons above, recreating pictures by hand is tedious and extremely difficult. My hope was to get to a point where my program could draw things better than I could. I’ve always wanted to learn more about how to use hardware with python so I was pretty excited to start this one.”

For more information on the project, component list and instructions on how to build your very own Raspberry Pi powered Etch-a-Sketch system jump over to Sunny’s website by following the link below.