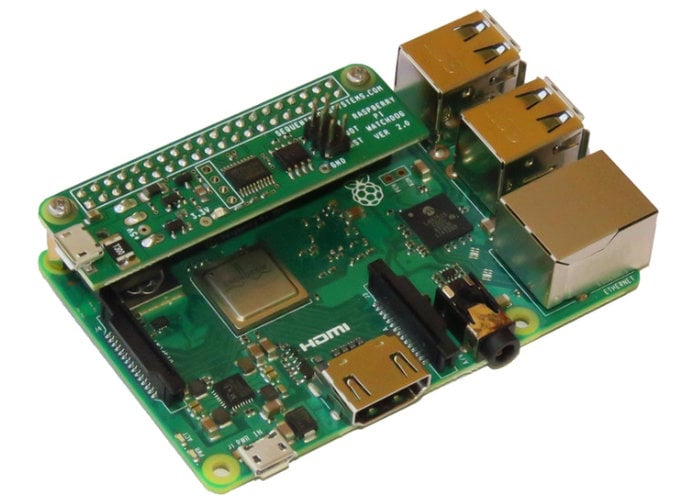 The Hardware Watchdog has been launched via Kickstarter this week and early bird pledges are now available from just $15 or roughly £13. With worldwide delivery plan to take place early next year during January 2020.

“The software watchdog will reset your Pi, but any intelligent peripheral plugged into the USB port might still be locked-up. Only a full power cycle will bring your system back to life. In order to power your Raspberry Pi and all the peripherals, the hardware watchdog has dual power connectors: micro-usb (same as Raspberry Pi) on top and a standard, 2.1mm barrel connector on the bottom.

The watchdog works also as a power manager. You can program the Raspberry Pi to shut itself down at a scheduled time, and program the watchdog to power it up later. If you plan a portable installation powered by batteries, the watchdog will let you check the power supply voltage, and you can decide to shut down when the level drops below a set value.”

“You can program the watchdog delay and how often the software will reset it. If the expected reset does not come, the watchdog cuts the power, waits 10 seconds and restores the power, rebooting your Raspberry.

The watchdog is probably the smallest HAT (Hardware Attached on Top) in the world, measuring only 65mm x 20mm. It has a 40 pin connector which plugs into the GPIO expansion header. Since the watchdog can interrupt the power supply to the Raspberry Pi, the supply source needs to be connected to the watchdog. For this purpose, the watchdog has a micro-USB connector similar with the one present on Raspberry Pi. “