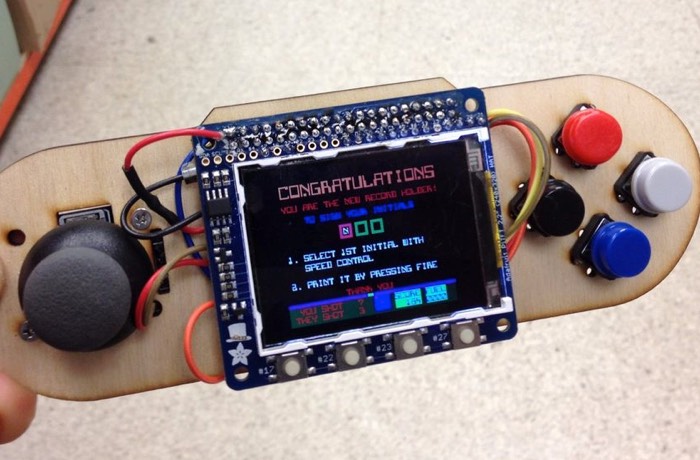 The team over at PiJuice who recently successfully launched their new Raspberry Pi battery pack over on the Kickstarter crowdfunding website. Have released details of a fantastic project in the form of a Raspberry Pi Portable games console.

As you might have already guessed the Raspberry Pi games console is powered by a PiJuice battery pack designed by the team, and is constructed using a Raspberry Pi Model A+ mini PC, Adafruit 2.2” TFT screen together with a variety of other components.

“Building this Portable Games Console is possibly the most fun I’ve had using a Raspberry Pi. And it’s not just the build that’s fun; I’ve now got a fully functioning games console, so I can play all my favourite old arcade games, on-the-go!

There’s a quiet a few other projects out there where people have done similar things and I’ve used them for help along the way. Projects like the Adafruit Cupcade and Ben Heck’s PiMAME, but these often have complicated powering solutions and can be pretty tricky to build.

The power option I’ve gone for is the PiJuice. It’s an integrated battery module specially built for the Raspberry Pi. It makes the whole project simple and neat and means that I don’t need to mess around with charging circuits and power converters.” 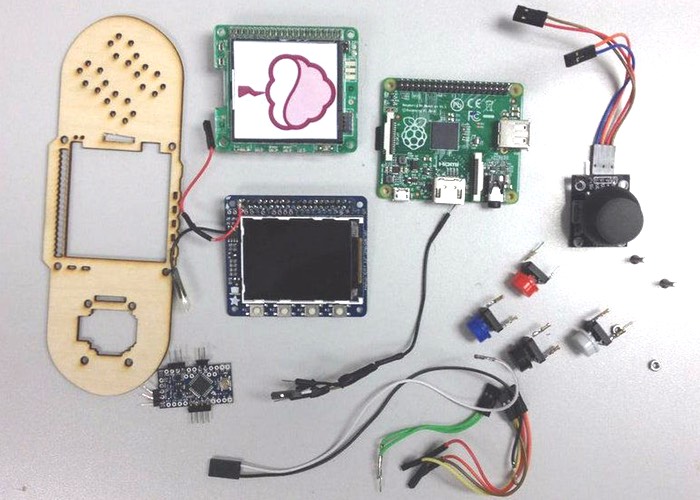 Makers, gamers and hobbyists that enjoy constructing electronic projects using the Raspberry Pi single board mini PC can find full instructions over on the Instructables website via the link below. PiJuice has also created a great portable Raspberry Pi camera that might also be worth more investigation here.