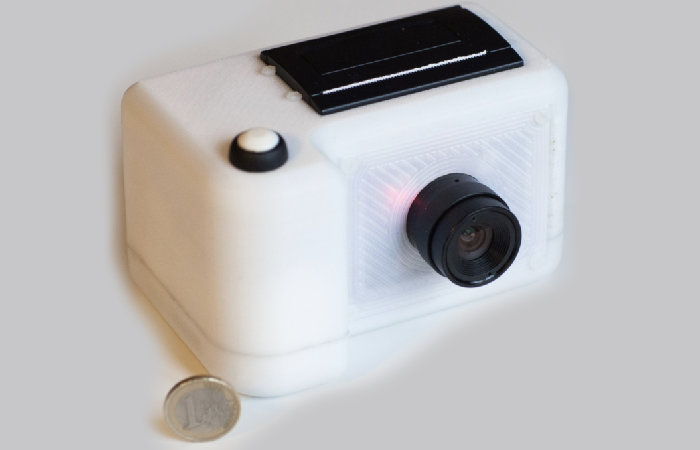 We have featured a number of different cameras projects here on Geeky Gadgets but this new build by Hackaday.io member Muth is the first Raspberry Pi instant camera we have seen created. Check out the videos below to learn more about the PolaPi.

“As I gave to someone the first version of the PolaPi Raspberry Pi instant camera, I had to rebuild it. This time I tried to simplify a bit the process, the printer hack is not needed anymore. Please find below some explanations about some hardware choices and the software. First of all, the pinter. The Adafruit nano printer, despite it’s smaller than the regular one, it has a serial CTS pin. This means we can prevent the internal buffer overrun. However I still used the small windows program to increase the serial speed from 9600 bauds to 115200.”

“The little Sharp memory-LCD included in the Raspberry Pi instant camera is perfectly visible on sunlight, and as the printer do, displays only black or white pixel. It needs a small SMD FFC-10P 0.5mm adapter and connector. It uses SPI but with an inverted logic for the chip select, that’s why another GPIO is used. I oversized the powering I suppose, but the printer can take quite a lot of current. Mainly because I recycled the parts, I used a 3A 5V regulator and a 2S lipo battery. For the moment I use a separate specialized balance charger.” 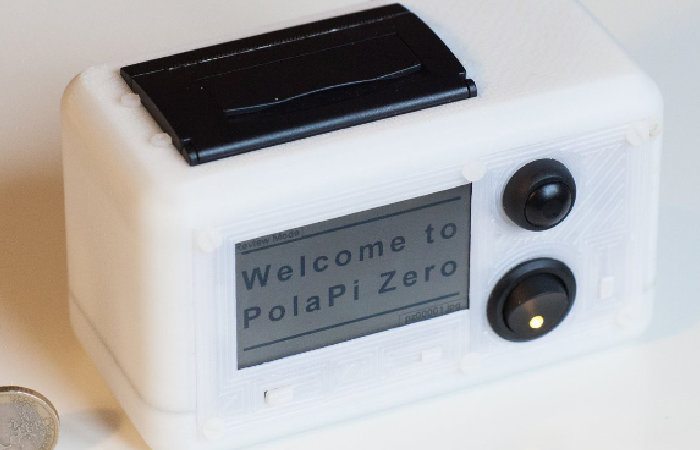 If you are interested in building your very own Raspberry Pi instant camera jump over to the Hackaday website by following the link below.