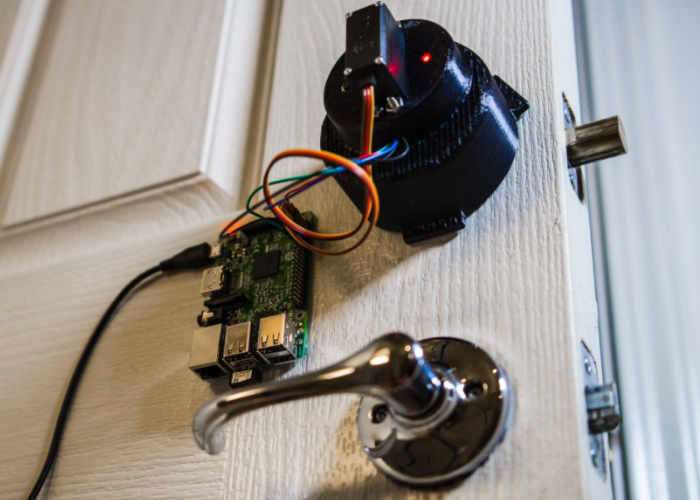 Makers or Raspberry Pi enthusiasts looking for a new project to keep them busy may be interested in this new smartphone connected Raspberry Pi door lock which has been created by the team over at Hacker House.

The Raspberry Pi door lock takes the form of an Internet connected deadbolt actuator which is powered by the mini PC and can easily be added to any existing door lock without any modifications to the door.

Watch the demonstration video below to learn more about the project and its code which has been created using a simple drag-and-drop app builder called Blynk which we have featured before here on Geeky Gadgets.

In this video, we show you how to make a smartphone-controlled, internet-connected deadbolt actuator powered by a Raspberry Pi. The door lock can be controlled by multiple smartphones, and even notify you whenever someone locks/unlocks the door. For an extra impressive door lock, we’ll also show you how to add a simple LED light to indicate if the door is locked, and a push-button to operate the lock manually.