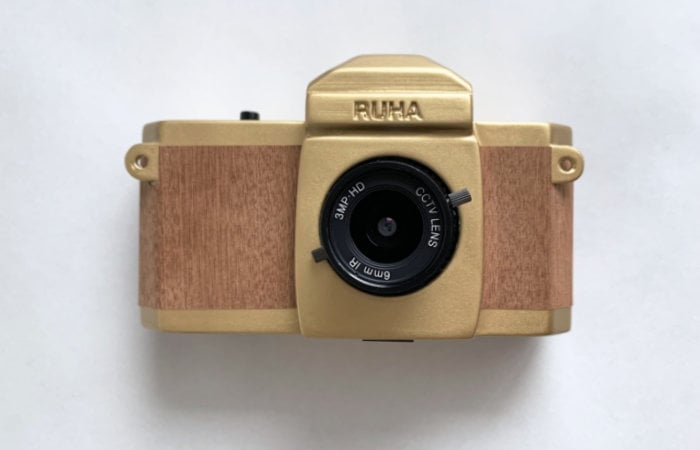 Photographers and Raspberry Pi enthusiasts interested in building their very own compact camera using the mini PC and the official Raspberry Pi High-Quality camera. The project has been created and designed by Ruha Cheng and her husband Penk Chen and has this week been published to the official Raspberry Pi Blog. As you can see from the image above the camera shell has been created using a 3D printer and finished with what looks like to be some self-adhesive wood effect vinyl to provide an awesome finish for the RUHA camera.

The Raspberry Pi camera uses the Raspberry Pi Zero W mini PC and has been attached to a 2.2-inch TFT display for a viewfinder and is all powered by a 2000 mAh lithium polymer (LiPo) battery. “The look was inspired by Tokyo’s old camera shops,” Penk reveals. “Ruha is an illustrator and designer and has experience with film cameras. So, naturally she led the design, which shows in the project’s name.” All the components are easily accessible with the main Raspberry Pi camera module, mini PC and lens available directly from the official Raspberry Pi Foundation store as well as worldwide resellers and offers a great way to learn more about coding and building your very own digital camera. 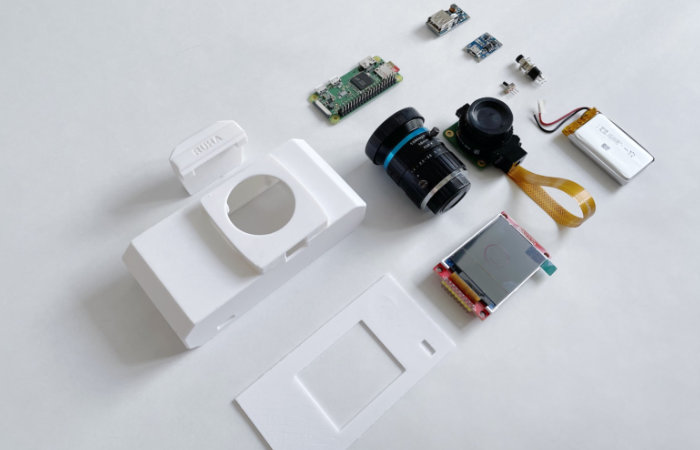 “The image sensor size (7.9 mm) of the camera is equivalent to the sensors in the iPhone 5 era and even though it’s not on a par with APS-C or M4/3 sensors commonly found in mirrorless interchangeable-lens cameras (MILC), it’s definitely a luxurious upgrade from the Camera Module V2. Going down the retro route has had another benefit. “The body size of an old camera is a perfect fit for DIY projects and there’s lots of room for electronic parts,” continues Penk, who is a software engineer by trade.”