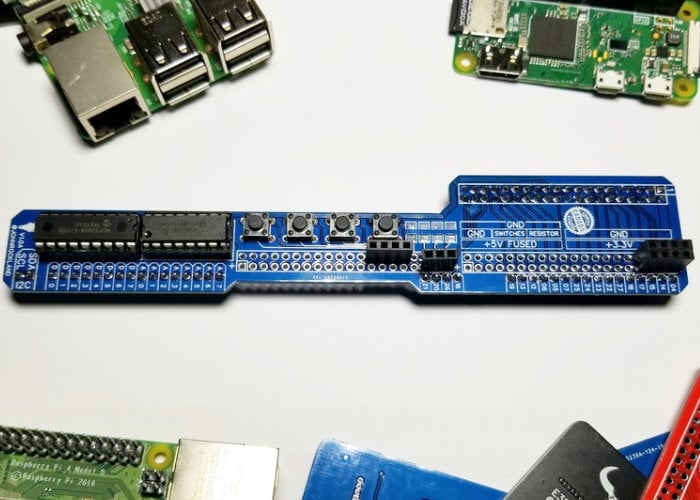 Raspberry Pi enthusiasts may be interested in a new piece of hardware specifically designed to make prototyping easier with the Pi mini PC. Created by Jonathan Binette the project is now available via Kickstarter with earlybird pledges available from just C$15 roughly 9 pounds and worldwide shipping expected to take place during June 2020. Maker Binette explains more about the project and his inspiration behind it :

“After spending hours prototyping on different projects with Raspberry pi and Arduino, I got tired of the usual ways to connect it to a breadboard: Too many jump wires everywhere and weird angle if you go with direct connection. Always wasting loosing time doing the same switches and led when I want to spend that time actually testing what I really want,I then had the idea to work on something more efficient to help us makers save time on prototyping our idea.

The module I present to you today connect a pi to a breadboard and add some switches and led’s/resistor so you don’t have to fill up the already small breadboard with what you already know how to use. Why wasting time looking for that resistor and the correct led when you just want to test a power converter ? It is there, accessible while not taking space on that breadboard.”