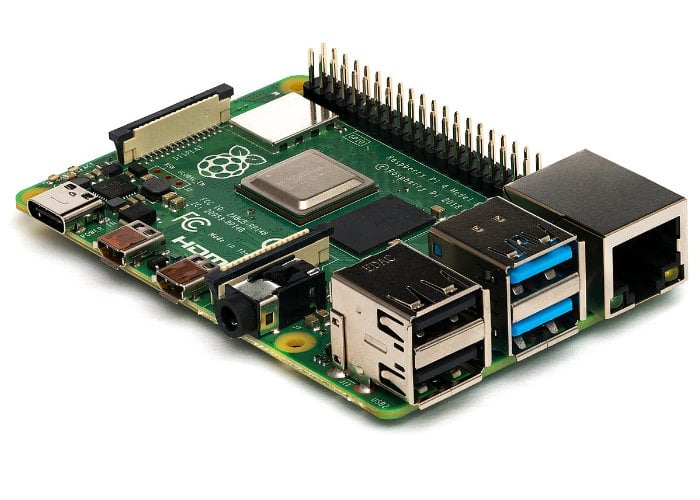 Matteo Croce has carried out some benchmark testing on the new Raspberry Pi 4 mini PC providing a comparison between 32-bit and 64-bit software.

“One of the cool thing of working for a software company is that very often you get new hardware prototypes to test. But this is not the case, I bought the Rpi4 because it’s extremely cheap! The RPi4 comes with a quad core ARM Cortex A72, up to 4 GB of RAM and a gigabit ethernet port, at a very low price of 35 $.Raspberry provides Raspbian (a Debian derivative), an already ready distro for their products, so I put it on an sd card to boot it quickly.”

“I was looking at the syslog and I noticed that, uh, both the kernel and the whole userland are compiled as armv7, which means 32 bit ARM. I know for sure that the RPi4 is 64 bit capable, so I refused to run a 32 bit OS on it. I get another sd card and I installed Debian on it. A lean and mean Debian compiled as aarch64, which means 64 bit ARM. As soon as the 64 bit OS booted, I was curious to know how much it performs better than the 32 bit one, so I did some tests.”

“Often I read statements like “It’s not worth it”, “you will gain a few milliseconds”, etc. just because the Rpi is not that powerful.
That’s not true! As any embedded guy may know, with slow hardwares, having a very optimized software is even more important than with powerful ones. I already knew that a 64 bit OS would perform better on the Rpi4, what I didn’t knew was how much.”

For more details on all the testing and the complete list of all synthetic benchmarks jump over to the Matteo Croce Medium page by following the link below.